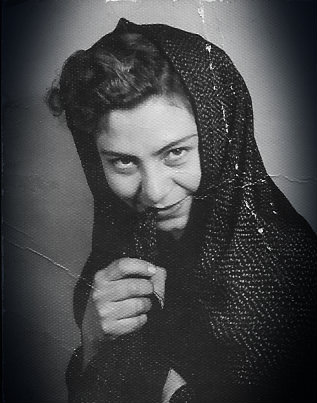 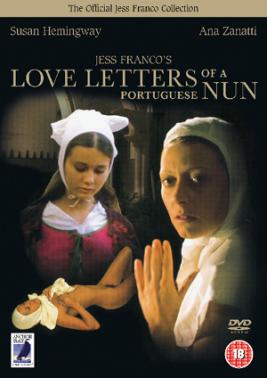 TANACU, Romania It started with laughter in this land of haystacks and horse carts and new churches, whose zinc-clad steeples glint in the sun.

Just weeks after 23-year-old Maricica Irina Cornici moved in January to an isolated hilltop monastery here with her brother, she began giggling during Mass. By April, she had descended into madness and doctors at a local psychiatric hospital diagnosed her condition as schizophrenia.

But for the monastery's two dozen nuns and its eccentric priest, it was not Cornici mocking and cursing them: It was Satan.

They chained her to a makeshift cross for three days, trying to cast him out. She died.

"You can't take the devil out of people with pills," the 29-year-old priest, Daniel Petre Corogeanu, told a Romanian television station during a four-hour interview taped just before he and the nuns were arrested in June.

The monastery has since been shut down by the Orthodox Church, Corogeanu defrocked and, along with four nuns, charged with murder and depriving a person of liberty. If convicted, each of the five could be sentenced to 25 years in prison.

The case shocked Romania, and has dominated news coverage, with one newspaper declaring on its front page: "Romania in the Middle Ages."

But the death is more than simply a matter of misguided faith in the Romanian hinterland. It is a dark measure of the explosive growth that the Eastern Orthodox Church has experienced in the 15 years since the repressive regimes of the Soviet bloc disappeared, lifting the lid of official atheism off a spiritually starved people.

A return to religion in Romania and the region's other formerly Communist countries has in many places outrun the speed at which the church can screen and train clergy, leaving institutions like the monastery at Tanacu in the hands of poorly educated young men like Corogeanu.

"There have been a lot of new churches built, and there is a kind of competition," said Alfred Bulai, a sociologist in Bucharest.

"There has been a loss of control."

The Communist government closed hundreds of Romanian monasteries, which in the Orthodox Church accept both monks and nuns, beginning in 1959. Marxism was never able to extinguish Christianity, but for decades practicing religion carried risks. Since communism fell, church-building has been booming - monasteries in particular - paid for by local communities and successful businessmen as a mark of devotion and pride.

The number of Romania's monasteries has nearly tripled to 600 since 1990, and the number of its monks has quadrupled to 2,800. The highest concentration of both is in the region around Tanacu, one of the country's poorest corners, where water comes from buckets dipped in wells and light at night comes from candles.

Dan Ciachir, a Bucharest-based author and specialist on the Romanian Orthodox Church, said the pressure of demand means almost anyone can become a priest. "There is no longer any selection," he said. "Quantity has replaced quality."

Ten years ago, Corogeanu was a soccer player in Vaslui, a nearby town. By his own admission, he never studied much, and, after failing to get into a university in Bucharest to study sports or law, he enrolled in religious studies at the theology department at the university in Iasi in the country's impoverished northeast.

Within a year, a businessman from his hometown recruited him to help build a small monastery in the hills nearby. The local bishop ordained him, despite his lack of experience, on the expectation that he would continue his studies part time. But he soon stopped to devote himself to running the monastery.

The church now concedes that such laxity has led to irregularities and has vowed to tighten rules for entering monasteries, including requiring psychological tests.

By 2003, Corogeanu had clashed with the diocese, where the leaders were disturbed by his unconventional style. When the aging bishop read him the church canon that year, Corogeanu dismissed the rules as "freemasonry" and "19th-century innovations," according to the Reverend Corneliu Barladeanu, the diocese's acting bishop.

Barladeanu said that Corogeanu had been warned in writing to correct his ways but that it was to no avail. "He has a strong, dominating personality," he said.

The monastery's original community of monks broke up as the men left to become priests and Corogeanu began taking in nuns, who, by all accounts, were completely devoted to him. He let his hair grow until it reached well down his back. His mouth disappeared behind his long mustache, and his fluffy reddish-brown beard grew over his chest.

He draped the whitewashed wooden fence at the entrance to the monastery with a half-dozen signs warning visitors of the rules inside: Men are not permitted after 4 p.m., women are forbidden to enter in pants or with their heads uncovered. Only followers of the Orthodox Church are allowed inside. "This is God's house, here the angels sing," reads one sign.

On the ramshackle grounds stands an austere concrete church with a silvery roof and steeple. Beside it is a brown-shingled building where the sisters live.

Corogeanu's services, held several times a day and in the middle of the night, attracted a fanatical following from the villages nearby.

He also developed a flair for casting out demons. "He would say prayers for exorcism on command," said the Reverend Ilie Nicolae Lucian, a young parish priest in a nearby village, who explained that only well-prepared, pure priests should undertake such struggles with the devil. "He wasn't humble enough."

A man working a horse-drawn plow between rows of new corn near the silent monastery said he knew of several people who had undergone exorcisms by the priest.

Church leaders say the Orthodox Church has no specific exorcism rites beyond the reading of prayers written by early church leaders. But the combination of a deeply superstitious rural population and a willful clergy has led to the spread of more elaborate practices in recent years, and several priests have gained local renown as effective exorcists.

Corogeanu still has strong support in Tanacu, where many people contend Cornici was indeed possessed. "Her parents gave her away, they gave her to the orphanage, and now they're blaming those who took her in and cared for her," said Veronica Tomulescu, a nearly toothless, middle-aged matron with a scarf tied over her hair. "It's not as if they actually killed her. They didn't stab her or shoot her.

"They took her to the hospital alive."

In the televised interview, with gold icons of Christ and the Virgin Mary decorating the raw concrete walls behind him, Corogeanu defended his methods, saying that tying her up was based on the "oral tradition" of the church.

"Only God knows why he took her," Corogeanu said. "I think that's how God wanted her to be saved."

* Source.It is not surprising that something like this is occurring - it is the same old story of the repressed clergy leading to the oppression of others of their kind, whom they deem 'possessed', and thus, engage in a psycho-sexual interlude using various religious symbols to accomplish their mental orgasm in these sado-masochistic practices, all while masking it in altruism that they themselves may feel 'absolved' - a vicarious sublimation. It is known that repression leads the labido to manifest in divergent, and many times aberrent behaviour.

Bucharest - A Romanian priest, suspected of involvement in the death of a 23-year-old Romanian Orthodox nun in an apparent exorcism ritual, said on Sunday that he was trying to "take the devil out of her".

Maricica Irina Cornici, of the Holy Trinity convent in north-east Romania, died late on Wednesday after she was tied to a cross and left in a cold room for three days without food, police said.

The priest who runs the convent and four nuns were indicted on Sunday in connection with the death after telling police they tied up the nun because she was behaving violently.