Interesting how while searching for certain information about St. Charles Borromeo Catholic School from another post, I happened upon various profiles. It seems that these former classmates turned out pretty much the way I would have expected - well, being the herd and all. albeit a higher class thereof. 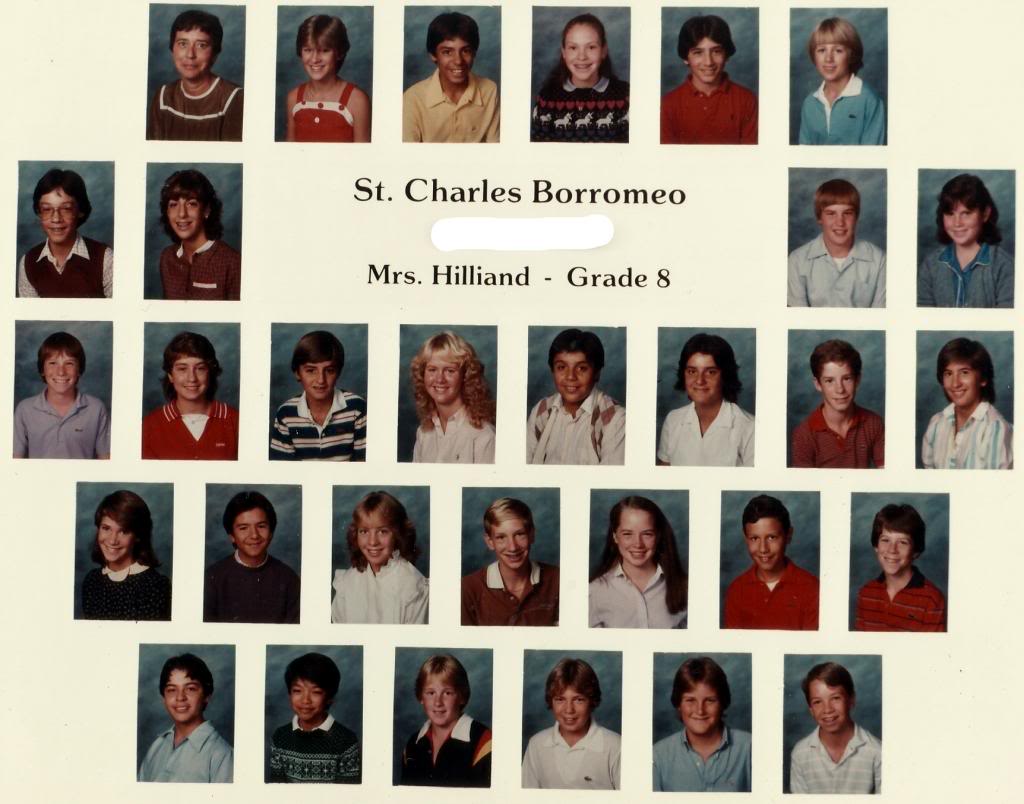 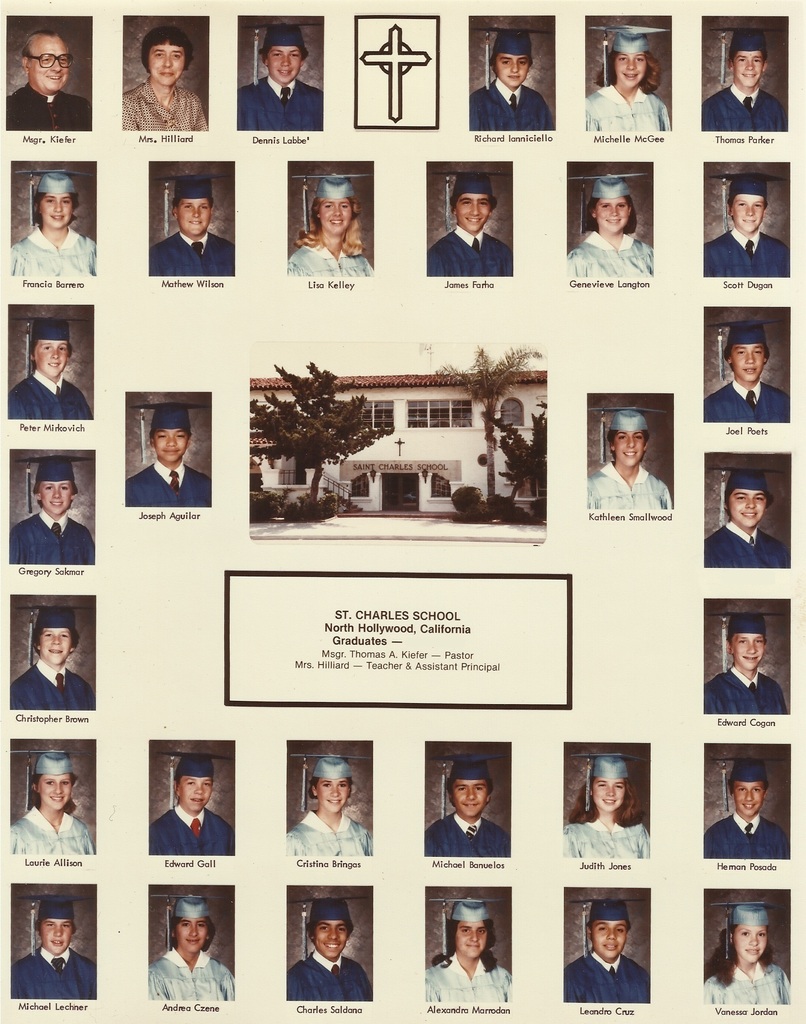 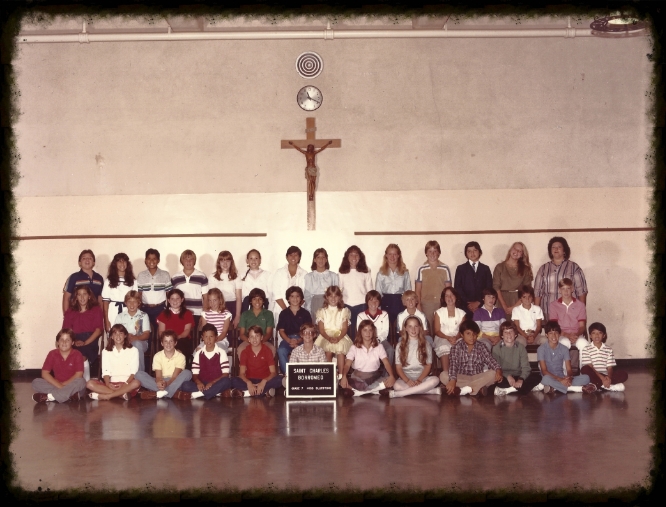 * Related: The Loves of Lucifer, The Lusts of Satan | The Ex Files | Hellementary.

Rick Petrilli: Not a SC classmate, but an acquaintance for a time in North Hollywood. The two degrees of separation occurred when we both accompanied My mother to a Sunday service dressed in our Heavy Metal gear.

He turned out to be a real wastrel. At the time, he skipped school, received detentions, suspensions, and eventually expulsion. Well, I was acquainted with him for a few months through another friend Shane* {they eventually developed an animosity}; He and I shared an interest in Heavy Metal, but he began to be spooked when I began studying The Occult and Satanism.

He even attended YMCA camp with Me one remmus, wherein My preference for the earthy, passionate, hard-driving genre was piqued through a listen on his walkman while waiting for the bus to take us there. I believe it was Motley Crue and RATT to begin with.

After a few months I moved from North Hollywood to Baldwin Park where I saw him only once when he came to town to play hockey with the team he was with. He called Me once after that; and then when I called him the next time, his mom notified Me that he was in jail - no reason specified, then she hung up slowly. Seems like I departed just before all the serious trouble began for him.

So it wasn't until recently when his profile came to My attention that he lists his schooling as 'List of California State Prisons', that I found out he has since become a jailbird, complete with crappy, ugly tattoos; seems he may have been imprisoned at least in part due to dealing with the sale of narcotics - selling and using, probably, judging by some of the photos. He seems completely unrecognizable to Me now. To Me, he used to look a lot like Vince Neil, whereas now he looks like some sort of used up, dried up junkie.

Sadly, I also discovered that his mother Cecile had died - she was like another mother to Me, and her demeanor was reminiscent of Edith Bunker's while Ricky's dad was very similar to Archie {same with My parents as well}. In a caption to a photo accompanying her grave, he writes in a manner that her motherly love diminished, and he may have been disowned when he started with the incarceration shenanigans, and who knows what else. Interesting to note that conversely, Mr. Petrilli's grace has apparently either been soiled, or just not cleaned up at all.

"today would of been my moms b day still is happy b day mom, u will always be loved by me." Just sad. ∞

I recall calling Rick once when his mom answered, and sounded like she had been crying. I inquired if Rick was there, then she asked Me where had I gone? Like I was the only apparent balance factor keeping Rick in line; maybe I was, considering Mr. Petrilli just seemed to have given up on him completely - she really did seem to appreciate My help in trying times like when he took off in the car without her permission, snatching the keys and all - he wanted Me to jump in with him, but I bade him to stop, and he eventually just returned a short time later after a presumed thrill. The times I would accompany she and he to the mall, for instance, or a birthday party or something, she seemed to appreciate having Me along, and I appreciate her appreciation. Come to think of it, I do miss her too - she was of a rare type not seen too often anymore. I think they both probably considered Me the son they wish they had.

_____________
* Shane would move to Florida after an incident involving visiting another friend named 'Ken Wood' on bikes in the rain {we snuck out of our houses to go see him to play with the many toys he had, but we got in trouble that night when we were found out by our parents - I told Shane's mom that I would tell the Police about her beating him regularly while sitting in the back seat of the car, at which point she called Me 'The Devil'. Never saw either of them again.