The California flag is at half-mast today. The first time I ever heard of the amazin' Huell Howser was from Videolog episodes [XIX A.S. premiere] sometimes played in-between presentations on KCET {an educational broadcast channel in LA}. The host was a tall, well-built gentleman with a southern accent; I later found out he was a Marine from Tennessee who became enamored of The Golden state of California - so much so that he was as if "reborn" in this state. He left Tennessee and never looked back - his heart supplanted since birth.

After reporting on a few 'human interest' stories on Tennessee's WSM TV, he left for New York, then on to CA as a field reporter, then filling in on Entertainment This Week, until finally establishing himself on KCET LA with Videolog, and a subsequent myriad of productions. He was even integrated as a Simpson's character named "Howell Huser" at one point. He also has milk & eggnog named after him, a Huell Dog at Pink's {contains 2 hot dogs with Chili, cheese, mustard, onions in one bun}, and a Huell wrapped donut filled with peanut butter.

With an infectious child-like vitality and enthusiasm for seemingly innocuous locations and their histories, he always managed to find that golden nugget of interest, even the eccentricities in the folks themselves. It is frequently quite amusing to see some place I had visited, heard about, or desired to go, as well as relating facts about a plethora of subjects, objects, or products one may or may not have previously considered, many times even day to day things, like lifting a metaphorical rock to see the wonders underneath. He can quite literally make the most mundane things fascinating, seeing things from a different perspective, complimenting one's own. In some ways, these presentations provide a sort of "balance", as it were.

I had the pleasure of corresponding with him on a couple of occasions regarding several locations I thought would be of interest to viewers, through the show's website under the "Help Us Find Gold" link.

According to selective viewing, the shows air 7 days a week for 30 minutes, with the week's new one-hour episode premiering on Saturdays. With several weeks of Videolog retrospectives preceding, Huell quietly announced his retirement on 11/27, preferring to leave the show on a high note.**

This entertainer not only entertained himself, but all those who witnessed his antics as well. Birthday: 10/18. Ironically, he lived his life very Satanically, in My estimation. Pursuing his natural inclinations, embarking on adventurous explorations, paving his own niche as a hands-on participant in the many interesting and sometimes exciting experiences he created for himself, from riding along with the Blue Angels, skydiving, spelunking, & deep-sea diving, interviewing a wide variety of denizens, learning and enjoying himself all the while.

I propose that Huell have a statue erected in his honor, he certainly deserves it, although where it would be stationed is debatable. There's Samantha Stevens in Salem, Arnie in Austria, New York has Ralph Kramden, Rocky Balboa at The Philadelphia Museum of Art, Bruce Lee in Hong Kong, and although there are several statues of various politicians {Reagan, Nixon}, & aviator Amelia Earhart {N. Hollywood park}, I think one somewhere in a metropolitan CA area would be appropriate, perhaps in LA, where he chose his residence, maybe even at KCET Studios. An everlasting tribute to his amazin' life.

Thank you, Huell. I will continue enjoying this entertainment fare which is both educational and stimulating in perpetual appreciation. ∞ 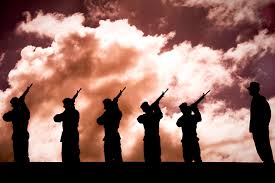 _____________
* Ironically, two days after on 1/8 is also the excarnation date for one Emperor Norton.
** Unlike Wally George, whose Hot Seat show was summarily removed.