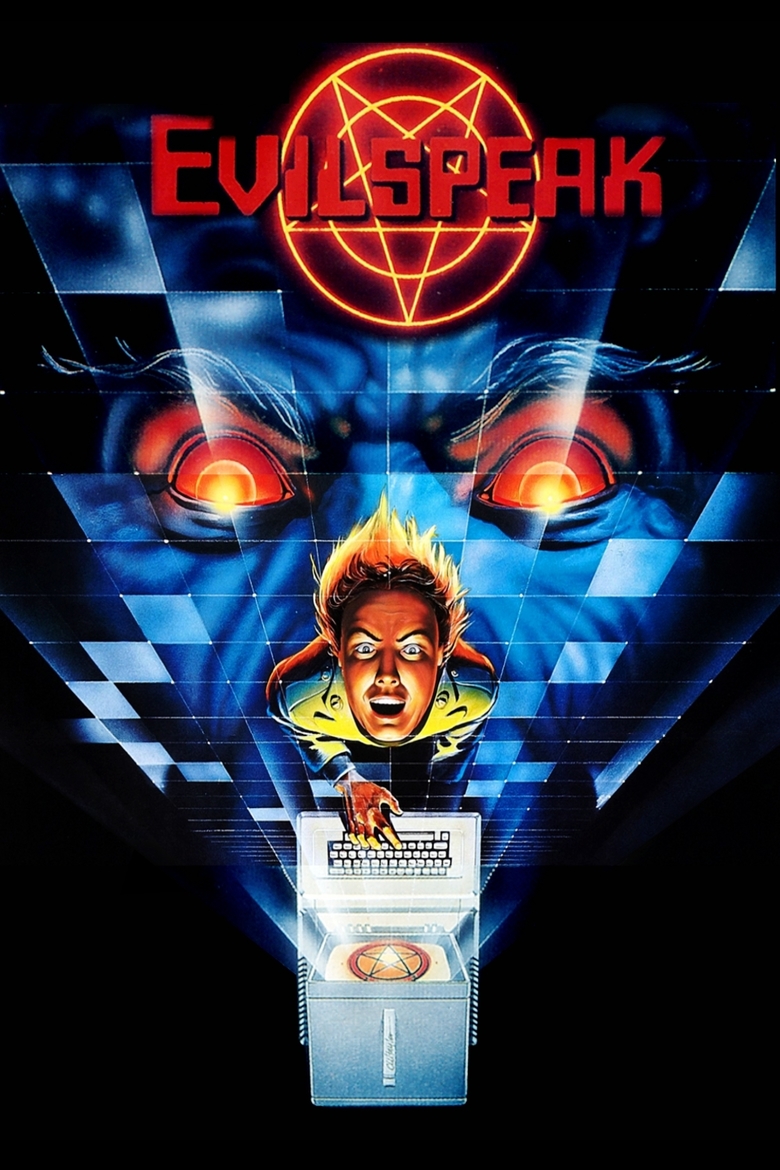 Beginning among Spanish missionaries, a Sorcerer named Esteban transcends into immortality vowing to return one day to take his vengeance against frightened christian murderers, and so, fade into the present...

Stanley Coopersmith is an intelligent, though somewhat awkward cadet who unfortunately has to deal with resentful, petty brutes seeking to thwart his productive endeavors at every turn. While seeking solace in the chapel, Stanley explores into its darkened bowels, a veritable labyrinth of hidden secrets, finding a ritual chamber deep below, presided over by a portrait of Esteban. While searching through the many fascinating occult items therein, he finds a grimoire, and thus, excited with the opportunity to rid himself of the lower life forms which plague him, he begins his studies.

To shed some perspective on the rottenness of these destructive organisms, in a particularly disturbing scene, while enebriated, they find their way down into the Ritual Chamber by following the barks of Stanley's puppy (perhaps a veritable familiar), whom he had taken to care for instead of condemning it to euthanasia; though sadly, by the utter audacity of these humanoid obstacles, eventually sacrifice it through their stuporstitious ignorance and bloodlust. A typical mindless mob mentality.

Being framed by such inferior classmates, he nobly takes the blame (a veritable scapegoat), so he has to see the Colonel (tantamount to The Principal), where the book is stolen by a lying, greedy secretary; though only a temporary setback, as she receives what she deserves via demonic hell hogs. An amusing scene quickly transitioning from sensual to bloody.

Utilizing the technology afforded him, he sets to translate the arcane text with the help of a computer, but by doing so, unwittingly charges a spell into its very bits and bytes, and thus assumes a life of its own (a pentagram subsequently appears on the screen). Like a Ouija board, he is instructed step by step on how to acquire power to bring Esteban forth from The Pit. He eventually resurrects The Ritual Chamber via this Technomancy (even actually including the infernal machine upon The Altar!), as Esteban slowly begins emerging, in essence, reincarnating as his return. They both eventually achieve their well deserved justice, as each antagonist is punished accordingly when they fully integrate.

Among the carnage, one particularly remarkable scene includes a former groundskeeper zombie doing Esteban's / Stanley's dirty work by cardiac evisceration upon the primary instigator. Ironic in the sense that now he becomes literally devoid of such.

This film is both a coming of age story as well as a tale of justice and revenge achieved by a misfit who prevails and evolves into a higher state of being. ∞