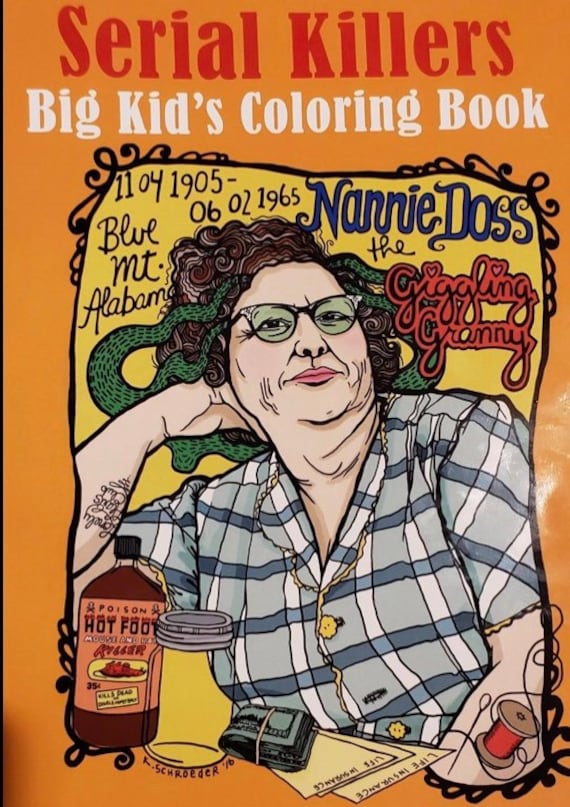 Having appreciated the true crime genre of the serial killer realm, those who thin the herd and sometimes even themselves in the process, while lending an intriguing introspection into the darkside of the psyche latent within all. As a matter of fact, I have devised certain mass & serial methods of physical and mental torture upon deserving victims, or "sacrifices", and enjoy implementing them enmasse, and already have in part.

In a misanthropic sense, the psychopath & sociopath provides a service in society, whether serving themselves with selfish fetishes, and/or playing out a murderous ideology, many times with religious justifications or pretensions of authority to exercise psychopathy.

Though in many ways, the serial & mass murderer become vicarious perpetrators of what has been secretly envisioned in the minds of humanity, and perhaps if given the opportunity, would fulfill without a second thought. I know there are those who need to be brutally punished, and would be so if ever again in My presence, to be introduced into a true Hell. In the meantime, they are victims suffering at the hands of a dedicated fate created for them.

The pen complements the Sword...

Real coloring book construction paper stock, one-sided templates so you can even excise the piece once you've completed, to frame or just place somewhere for a disturbing and/or gratifying display. You can even add additional details to the images if you wish.

Devil worshipers, cannibals, cultists, thrillkillers, misandric whores, funhouse killers, childkillers, to killer kids, rapists, mutilators, and sexual deviants. All on display here for your contemplation and coloring pleasure. Methods need not be limited to crayons, colored pencils, pens, or markers either. Perhaps you may wish to add a little of your own sanguine essence for further personalization...? ∞

_____________
* Interesting to note that the ubiquitous Manson is not included herein because he was not a serial killer, in fact, he did not actually take part in the Tate-LaBianca murders. 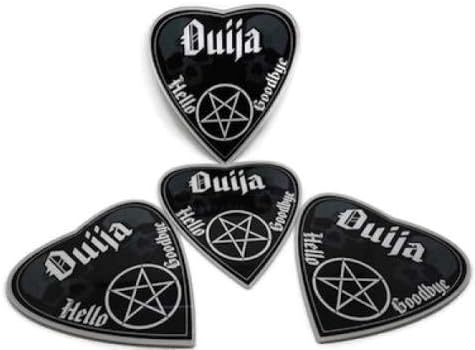 Created in the traditional "heart" shape of the Ouijaboard oracle, now one's skullmug or goblet, statuette, gargoyle, urn, or dish can 'coast' on these hellegant salvers.

Having appreciated the aesthetic & history of the board, as an object d'art and Jungian shadowside tool of the unconscious, I find these a hexcellent accent to one's total environment Lair, complementing the Gothic style. Note the proper positioning of The Satanic Pentagram accompanied by skulls as if to say HELLO & GOODBYE. Reminds one of the splendid Hammer film THE SKULL.

Soft felt beneath, which can easily slide across a table if needs be for an impromptu divinatory session, perhaps utilizing the Dæmonicromnium. ∞