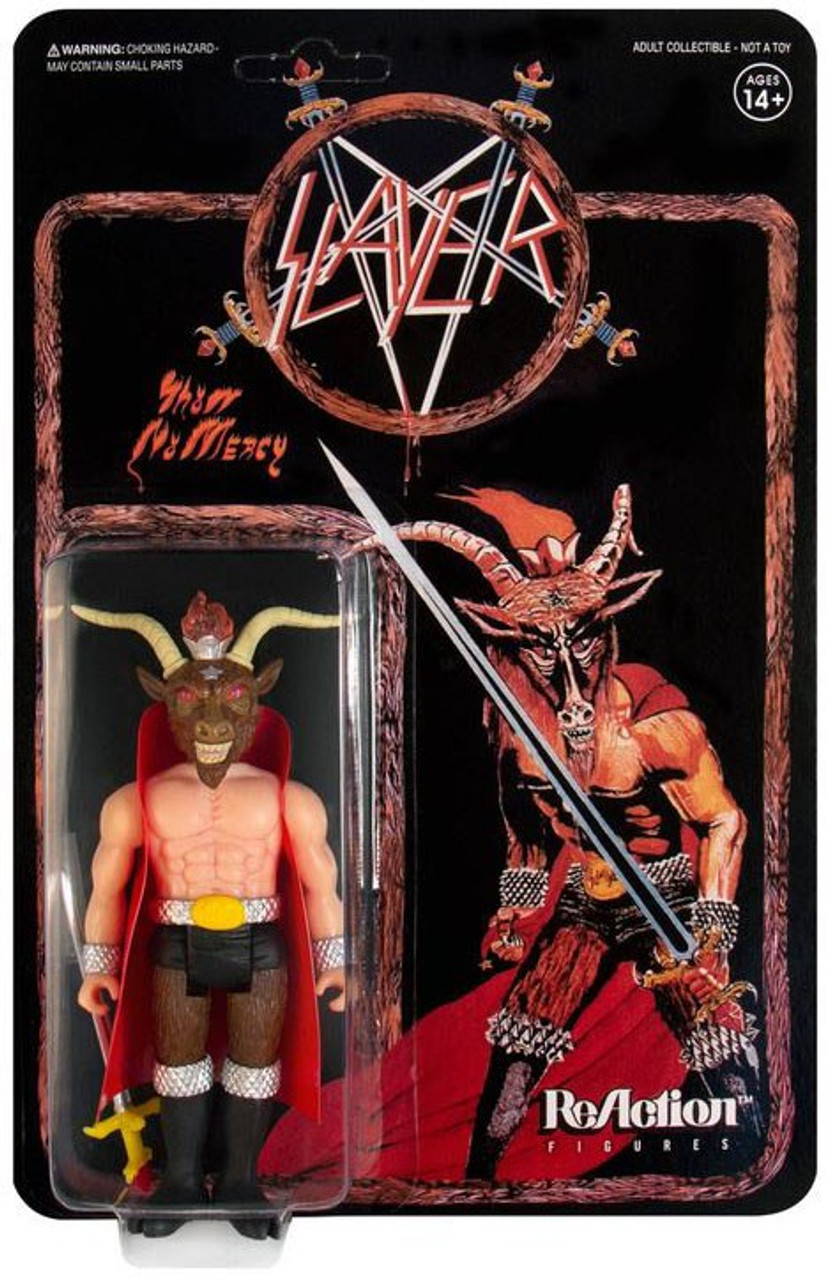 The SLAYER arrived amidst hellfire and burning winds, arising by the evocation of the labyrinthine Abyss, molded in Hell, crossing the second dimension to The Third Gate of materialization!

Bearing the spiked gauntlets & armored belt & cloven black boots, this fierce depiction of The Sabbatic Baphomet grasps the hellsword to state "Face The Slayer!" and "Die By The Sword!" With a hilt of demonic talons, festooned with a ruby jewel at the base, relecting the crown of hellfire with eyes aglow in bloodlust and rage! As if to state "Evil Has No Boundries!" The other four swords interlace The Pentagram like an invitation to take up the blades and join the "hellish crusade"!

Having appreciated the nefarious orchestrations of these metal musicians since timelessness immemoriam, I was also always impressed by this depiction of "the mascot" {"Minotaur"? More like a combined incarnation}, much like demons Murray of DIO, Snaggletooth of MOTÖRHEAD, MÖTLEY CRÜE's Allister Fiend, QUIET RIOT's Masked Madman, Vic Rattlehead of MEGADETH, or IRON MAIDEN's Eddie, etc. Each giving The Devil His due in their own way. 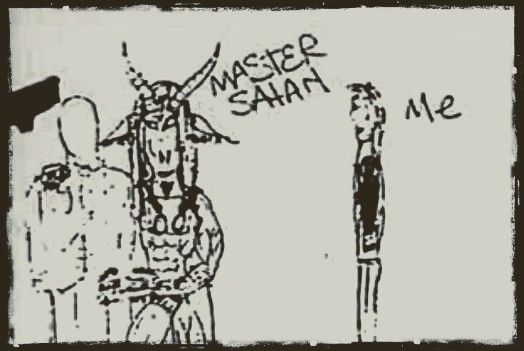 Also most notably, The Repossession & Satan Enthroned. Definite iconographic evocations! {Both of which were featured on various Satanic Panic presentations! Thanks to Occult Cop "Satan Sleuth" Sgt. Randy Emon!}

The characterization represents the prime anthropomorphic representation of Satan to 'Devin Black', the darketypal Malefick Musick incarnation! A veritable memento daemonum! I have since personalized it even further and added My own warrior hair. He clearly has long hair on the album, but for some reason hair was not initially included on the figurine. So now He is complete! It is also ironic in the symbolism of one becoming what one idolizes in formative development. ∞