"So when Christian was stepping in, the other gave him a pull: Then said Christian, what means that? The other told him, A little distance from this Gate there is erected a strong castle, of which Beelzebub is the captain; from thence both he, and them that are with him, shoot arrows at those that come up to this Gate, if haply they may die before they can enter in. Then said Christian, I rejoice and tremble." - Pilgrim's Passage, 17.

xtard goes to isolated island whose native inhabitants want to be left alone, thinking he was going to be the great missionary that was to deliver the "good news" to those who could care less, and what's more, do not need any such thing! This case is assuredly a microcosm of the world as it is dealing with these pretentious zealots.

This moron actually paid unscrupulous {Devil's?} boatmen to sneak him onto that forbidden island, whom he described as being a "last stronghold of Satan" in the last entry of his diary, who did not know the "word of god". An all-time low for the slaves of the nazarene. Like this jackass wanted to trounce into someone else's land to plant a garish cross in the soil! Looks he got planted instead! Dragged and buried in the sand, where he may perhaps serve as mulch, food for crayfish, crabs, local foul, and manure!* The natives don't seem to want any of that flesh either! So perhaps in that sense, it was the veritable arrows of Demons striking from The Heart of Hell!

How many times have you, reader, been minding your own business when either residing in your home or walking about, and you hear that knock at the door, with these complete strangers desiring to enter your domicile to preach to you what is important to them, not you, whose chances are you weren't' thinking twice about on any given day, but thy will try to convince you, if you let them, that there is somehow something wrong with your natural state of being, and try to psychologically introduce an ersatz problem where there is none to being with! Many times with attempts to utilize mind games and puzzles to manipulate the unwary. To involve you in their mythology through guilt, empty promises of "heaven", or understated threats of "Hell"!

Personally, these types know better when it comes to Myself, and tend to stay away from the dark, or weird, or devil, or Hell house - all the better, because I do not answer anyway! That would be a waste of both of our time - they have suckers to go out and "convert" {good riddance!}, while I have My Nocturnal activities to pursue.

Considering the idiotic missionary was shot through with arrows, I bid that perhaps a good icon to be added to the go away, we don't want any, no peddlers, soulicitors, salesmen, etc., to add a nice bow & arrow or 'cross' bow illustration by the gate or door, which should get the message across!

It's simply a natural reaction {& selection!} of natives defending their homeland, considering what has happened all through history, from American natives to Africans! Some other countries could take this as a lesson! We also recall Vlad Tepesh successfully defending Romania against the Turks, and sans neo-theocratic interference, Trump to protect the border!

_____________
* And there 'remains' Bandini Mountain, whom the Indian government does not care to retrieve, in favor of not further disturbing these people.
Hail Victory! Following are a couple of album covers for the band BLASPHEMY by Satanic Artist Chris Moyen, featuring Baphomet Demons wielding Bows & Arrows: 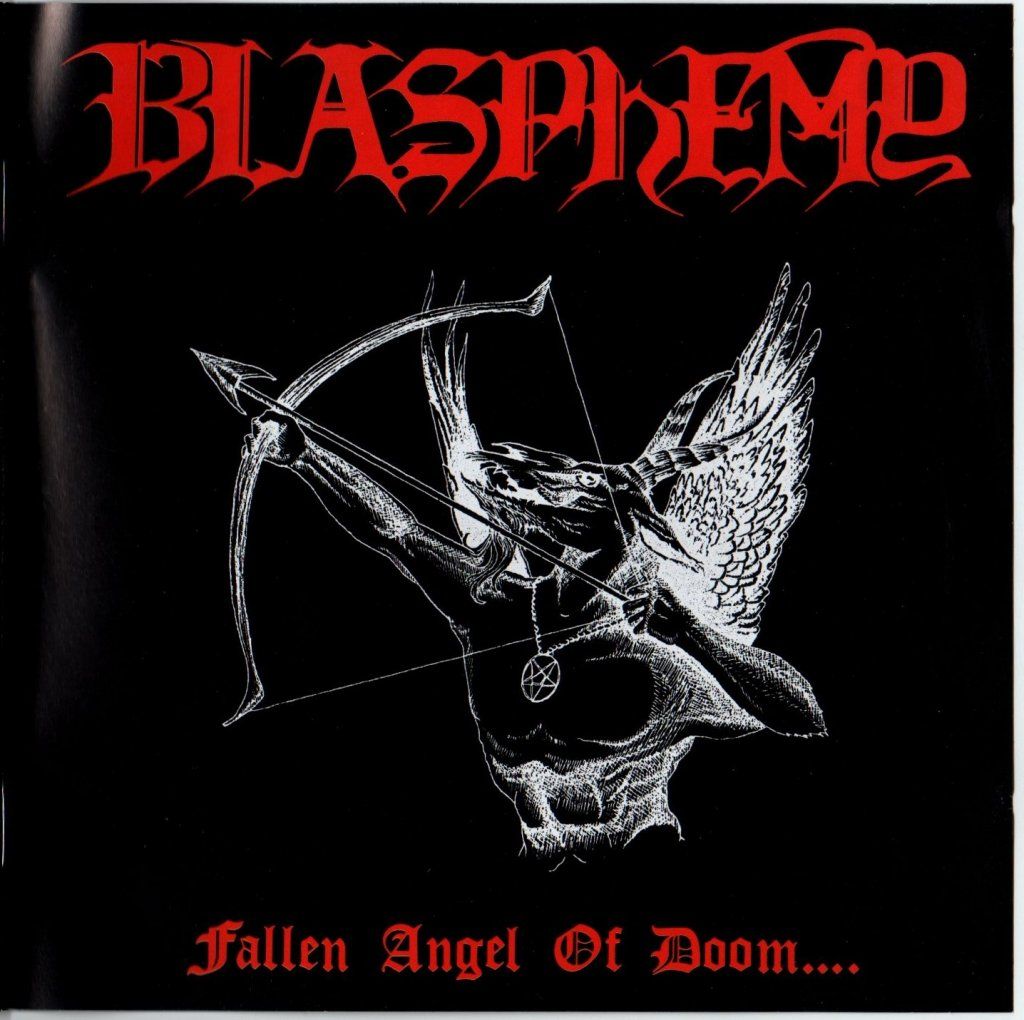