My impression of David Bowie has always been a favorable one. The first ever familiarity I had with this artist was listening to the song 'China Girl' on KROQ while flipping stations, then later viewing the video on some video show {probably Video One or MTV} one day, and recall that it made an impression, resonant with experiences at the time, thusly being submerged in the Asian culture via Karate training, and forming infatuations with various Asian actresses appreciated on monster movies and Martial Arts theater showcases like Black Belt Theatre.

He is one of those instantly recognizable faces that surfaced from time to time in some of the most unexpected places during one's own odd entertainment fair, sort of like Vincent Price in that way. Whether it be portraying characters, providing the music, or surprise cameos of himself. And then, as testament that not only did he transcend musical and film genres, but even chronology as well, he would appear with Bing Crosby singing a rendition of "The Little Drummer Boy", which was appreciated by the Dracovum in an unmistakable complementary repartee' - he contributed sort of a more contemporary charm that became an instant classic.

Then LABYRINTH emerged to accent My own Magical & Romantic evolution since the recent Infernal Realization {along with some others like The Dark Crystal and LEGEND}. Once again, I felt a reflective resonance - this instance with The Goblin King following his dark heart to gain the sweet maiden of His desires.

He would lend his talent to various favored presentations here and there, including The X Files and eventually I was impressed by THE HUNGER.

I subsequently became more extensively familiar with his art through acquaintances and the radio. Though not My primary genre of musical appreciation, Bowie transcended genres with memorable songs, aesthetics and innovative concepts, able to be appreciated by a wide audience. Thus, the iconic nature of this musician, performer, & gentleman, whose myriad creations are timelessly enjoyed. ∞

The day will one day come when such maladies will be alleviated, then the individual be rejuvenated with stem cells, to reproduce fresh organs unto potentially limitless regeneration. It is tragic that cancer has not yet been cured in the wake of such legends, as recent as Lemmy, not to mention Magus LaVey as well, and others, all of whom could still be with us. There needs to be an increased concentration on two aspects of the medical field - curing cancer and stem cell research, not to mention the transference of life force from the unworthy unto the worthy. Immortality need not only be in the realms of Vampires and Sorcerers, as science progresses to make the dreams reality.

Some alternative strides have been taken, such as holographic performances, android replicants, and the consideration of clones, which are other viable possibilities continuously evolving, yet this speaks further to the desire to preserve these treasures instead of letting them slip away.

It can be quite frustrating watching some of one's favorite performers excarnating throughout timelessness; and I Am sure that most if not all of them would prefer to keep on creating instead of undergoing such obstacles, as these are more worthy of life force than a multitude of wastrels, posers, and mediocre pseudo-talents infesting the entertainment industry, now more than ever. ∞ 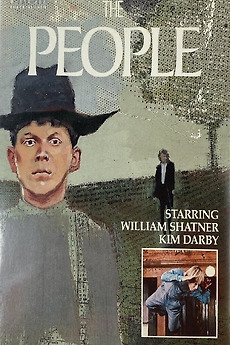