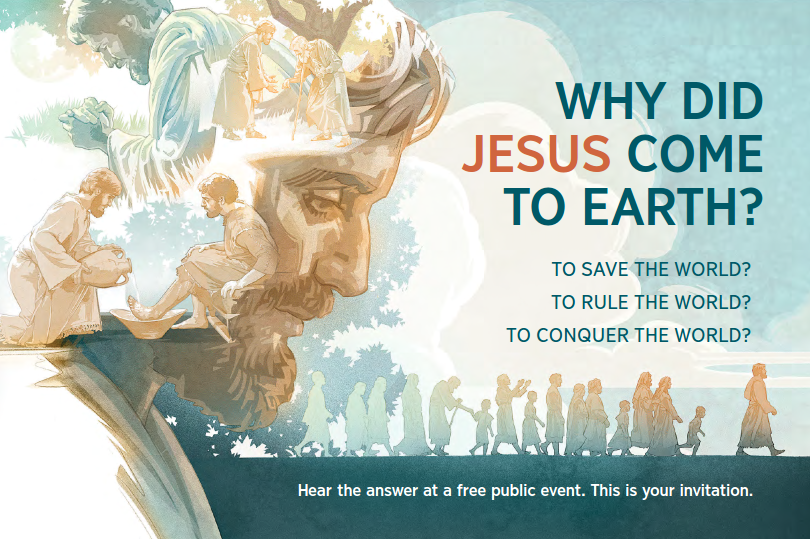 Quietly inserted into the door this morning, another amusing addition to THE BOOK OF BLINDLIGHT, an invitation brochure to a s'havohej witness convention. No thank you, but since it is posed: The answer? To pretentiously "save" pieces of subhuman garbage that necessitate such fantasies? Or perhaps the urban legend may not even be real, but a psycho-mythological composite which may have been acted out by a religious shill and/or madman. The latter is more logical and most likely the case.

The religious leaders of the time needed a dramatic demonstration to govern the masses, and there were several crazies with messianic complexes wandering the land at the time, so it was relatively easy to pick one to exploit and kill; and otherwise it may have been a known "prophesy" that several masochistic mental cases were willing to become a "sacrifice" for the 'cause', like an ultimate martyr, and thus dubbed the "King of The Slaves", and slaves they be, while the puppeteers continue to manipulate gulli-bull sheeple and attract likened wastrels to bolster the jesus biz which they should be paying taxes for.

The Harrowing of Hell by Albrecht Dürer.

Hypothetically, perhaps the only reason The Devil allowed the character into Hell is to rid oneself of the detritus polluting the nether regions - those not of our kind expelled to grovel at the feet of the nazarene. Good riddance! You are not worthy, The Devil does not want you, take your filth and GET OUT.

Once again, this only strengthens My resolve. Of course, the plagiarized correlations are evident and obvious. HELLILUIA. ∞

100 Basic Training Movies at Nerd Academy - How many times is your nerd card punched?

Well, among the list provided worth a damn, I noticed close to no horror, erotica, or documentaries, butt it does happen to be a favorite position. The point is in being selective, not the accumulation of everything dolled out because some quiz says you are this or that. If anything, it merely displays how predictably shallow these types of herd quizzes are. ∞
Collapse