Clearly a take on The Bad Seed {optimally recommended thriller film, which deserves an eventual review}, the "evil child" dynamic resurfaces again in this film, seemingly more societally resplendant as of late, with the purported juxtaposition between expected behaviors and actual traits exhibited.

For instance, King Diamond's "In The Shadows" album cover; the current "Give Me Your Soul, Please..." release also deals with a ghostly little girl {as tends to be the case, considering the haunting chronicles of Melissa}, and let us not forget the disturbing case of one Mary Bell*,

and of course, the actual 'Exorcist' case upon which that film was based {who happened to be a boy}, not to mention Elmyra? 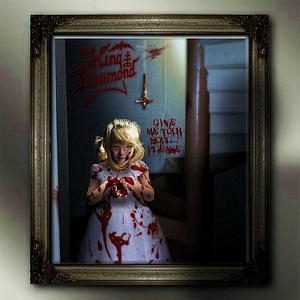