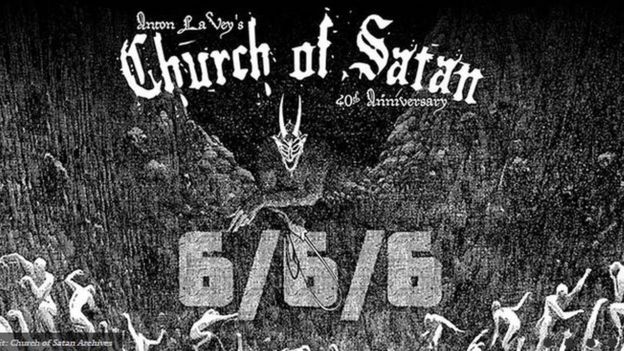 "In 1966, San Francisco sorcerer Anton LaVey exploded into international prominence as he formed the notorious Church of Satan. Contrary to religious preachings, Satanism was not about the sacrifice of babies and cats, but about responsible self-indulgence, accountability for one's actions and holding life in the highest regard. On June 6th, 2006, Satanists from around the globe will converge for a heavily guarded Satanic high mass, as the Church of Satan celebrates its forty year anniversary."

This was a most empowering experience. This was an event like no other in history, whose influence shall be felt both overtly and covertly unto timelessness. Even though Satanists tend not to be a social lot, the essence of The Cabal known as The Church of Satan was displayed this night by the alien elite in attendence - exemplary and regal creatures all, the black flame alighting a Luciferian torch of reason by theory and practice, psychodrama and action. The creativity and imagination, the intelligence, talents, and skill of these exceptional individuals concentrated at this infernal convergence was a true Sintennial, and a testament to superior human potential in the evolution of The Self.

While the stuporstitious herd prattle about with their trivial and mediocre concerns, programmed sub-existences, insecurities masked as righteousness and evident in hypocrisy, here there was a true gathering of outstanding individuals, the earth’s foremost iconoclasts moving the world according to the will.

I Am pleased that I took part in this veritable ‘Sabbath’, and mutually honored to make your acquaintances. I feel that Dr. LaVey would have been proud.

This past "666 Hell-A week" wrought one infernal synchronicity after another, celebrating the essence of the carnal beast, and Magic was thick in the air {seemingly more than usual, that is} - I made several notable acquaintances, and it was an overall diabolically pleasing convergence. It was a great success, and I extend My deepest regards to Reverend Bryan Moore & Priestess Sinnz for its materialization, the participants, and to Magus Gilmore and Magistra Nadramia for lending their presence. ∞