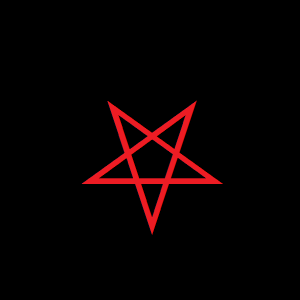 Blindlight institutions have created an entire cottage industry on the alleged & misdiagnosed mental imbalances of otherwise healthy individuals, typically ending up doing more harm than good in the longrun, engendering additional traumas with fabricated scenarios. These and other suppositions have appeared on various talkshows and books on the subject, with minimal rebuttal.

Overall, it is a good indication that whatever is condemned by blindlighters, is where the treasures are, and what to inspect. The general consensus is if they're against it, do it. If they recommend it, avoid it. Do the opposite.

Loss of sense of humor, or other dramatic personality change.

A selective sense of humor is more apropos, denoting intelligence, often evolving into a 'black sense' of humor.

A turn to the darker side, seeing only bad things in the world, pessimism. Loss of self-esteem may accompany that

Maintaining a perspective of reality instead of puscillanimousness, but to neither extreme. The balance of The Third Side and perfect stanchion of undefiled wisdom. Thus would enhance self-worth and deserved Pride.

Wearing of all black clothing

It is streamlining and figure flattering. The color black signifies capability and mastery in the Martial Arts, as well as most other crafts, and the stealthy unification with the night, Ninja camouflage. Always adds an impression of hellegance. Lack of Aesthetics is also one of our sins. [Also see HELLEGANCE: The Æsthetics of Evil]

Preoccupation with death, including suicide, homicide and sacrifices of animals

Death represents change and memento-mori contemplation, thus enhancing Strong life indulgence. 'Suicide' is unthinkable to the Satanist, including the incremental self-destruction of narcotics. Unless the extreme need for euthanasia to relieve disease and constant pain, it is not considered.

Not gratuitous 'Homicide', but well-applied justified punishment upon the deserving, via Lex Talionis.

Animals are never 'sacrificed', but rather it is taken as a symbolic term for the destruction of pests and enemies.

Animals are considered in a brotherly, familial & reflective regard, as the 7th Statement asserts.

Doodling and art work that includes death themes, satanic symbols or backward writing. ''Natas'' (Satan reversed) may be seen, or ''live'' (the reverse of evil), the numerals 666 or the letters FFF (the sixth letter), DCLXVI (666 in Romanumerals). Others may include the pentagram, which is an upside down five-pointed star; an upside down cross; the swastika; the broken cross, which is the peace symbol of the '60s, and can represent the downfall of Christianity; or a goat's head.

These are religious symbols used for various personal applications, but should not be used to vandalize public or private property, but remain in the chamber and otherwise artwork where they belong.

Recreational changes. Have normal activities been replaced by reading of such books as ''Carrie'' and ''The Exorcist,'' and are movies of the slasher and horror type? Watch for such books as ''The Book of Shadows,'' which has a marriage license for the union with Satan and blank pages for recording everything from rituals to a contract with the devil and suicide pacts, ''The Satanic Bible,'' and ''The Book of Rituals.''

Genre to personal preference, though entertainment tends towards horror, sci-fi, Occult, even comedies spiced with it, all of which may sometimes be inspiring for personal artistic or philosophical integration tempered with reason & logic.

The Book of Shadows is a record of one's rites and results, providing evidence of fulfilment and the development of skill. Diary of Magical and philosophical evolution. May also include art, music, and poetry.

The stimulation of the imagination in tandem with cerebral functions, promotes overall left/right hemisphere exercise of the mind, and thus, promotes intelligence and creativity. It is known that those who engage in role-playing & board games maintain a higher IQ.

Heavy metal music with themes of death and violence. Rock & Heavy Metal Posters on the walls.

Preoccupation with sex, particularly if activities or attitudes go against previous values.

The mental exercise of lucidreaming may alleviate imbalanced dreams with active control.

Drug and alcohol involvement, particularly hallucinogenics such as LSD and PCP, also known as angel dust. PCP use may be evidenced by violent behavior.

Narcotic substances distort perception, numb the senses, and destroy the body. A such, the Satanist does not tend to partake in that which destroys the self.

Secretive or reclusive behavior that goes beyond what is normal for the age group and for the person.

Secrets are empowering, as well as one has the absolute birthright to keep whatever secrets one desires, as it needs concern no one else. Those in artistic occupations tend to be reclusive for the crafting of one's art; as a matter of fact, it is mandatory for meditation and creativity. Those of higher intelligence tend towards more advanced studies beyond that of so-called "peers", whose only relativity is mere irrelevant chronology. Pursue that which is of interest and matches your level of genius.

Only in the sense of the justified destruction of a pest through a Curse. Who have essentially presented themselves for annihilation by their own masochistic actions. Justice & Revenge. Sufficient sacrificial force may be generated by one's own intense emotional energy, hatred, Lust and orgasmic drive, grief, and greed.

Any talk of rituals or secret meetings. One of the ways in which dangerous groups are defined is that they meet in secret and the leaders are unknown and their theology is secret.

As with any religion, there is a right to privacy. Where the uneducated, unfamiliar, or untrained are disallowed. Mind your own business.

A natural primal fascination with myriad applications. If one finds oneself drawn to the flames, perhaps become a firefighter or pyrotechnician for Heavy Metal bands! Fire corresponds with Satan, & is utilized with candles to represent the flames of Hell.

Self-mutilation, actually cutting into the flesh. Early involvement may be evidenced by drawing on of symbols that can be washed off before going home.

Self-mutilation as compulsion is a mental health issue, which stems from trauma, to divert attention by physical pain. While ritualistic scarring, tattooing, piercing evolved from Pagan traditions to achieve a state of ecstasy, and otherwise assert various symbology for stratification, lineage, and achievement.

Scarring between the thumb and first finger or across the wrist, or an old wound that has been reopened. Fresh blood must be drawn for many satanic rituals.

Incorrect. Contents of The Chalice Of Ecstasy is seldom if ever blood, unless the practitioner wishes to add it thereunto, which even then would be their own if they so choose, but it is not mandatory.