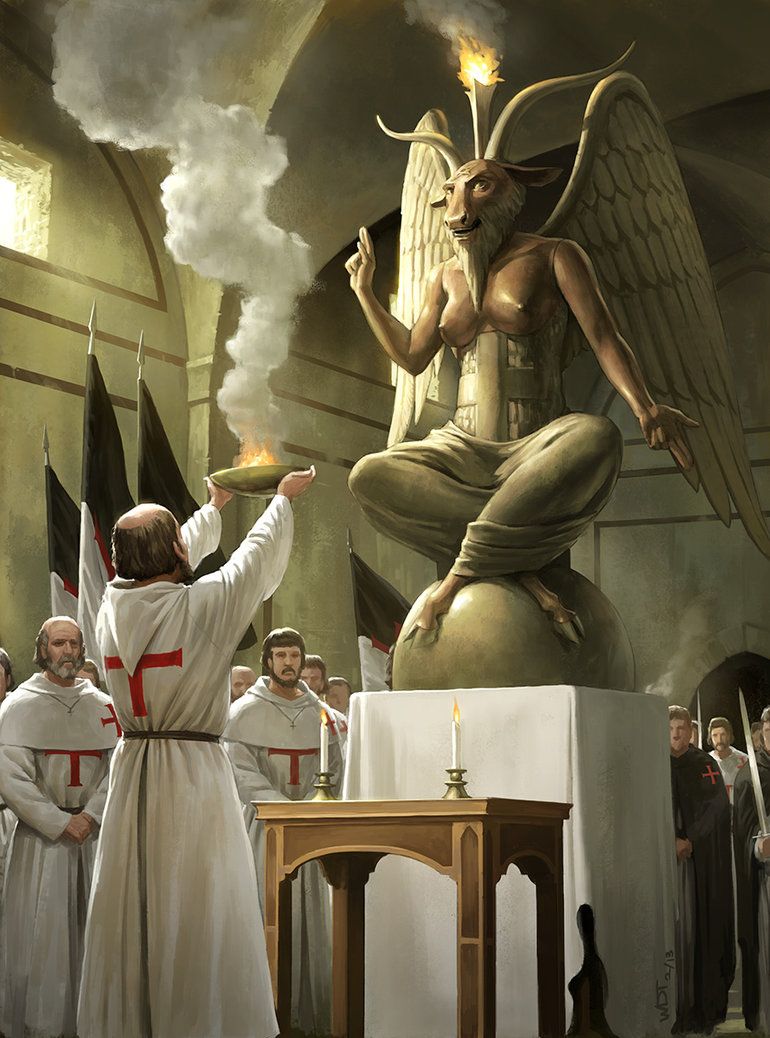 Ceremony of the Stifling Air
Enter into the coffin
Awaken unto your true self
Emerge anew, a Knight Templar
Renounce the foolishness of the past
Now god is dead & Satan lives
Immortal fierce Satanic Pride
Rob the martyrs of their souls
Break the arms of the cross
Laugh aloud, sardonic wrath
Baptism in the bloodbath...

King Phillip IV feared for his throne
Pope Clement V prayed to his god
Templars brought before the court
Accused of heresy & witchcraft
Convicted by ignorance
Sentenced to burn at the stake
DeMolay speaks grim words of curse...

"Death to the tyrant! And unto the hypocrites! My death foretells My return... the flames shall set Me free! My shadow will cover this land once again. & bring you pain & agony...!"

A poetic recounting of the events which occurred in 1331 with the secret society of The Knights Templar, and the betrayal of the puppet-Pope and King of the time. ∞

Posts from This Journal “friday the 13th” Tag