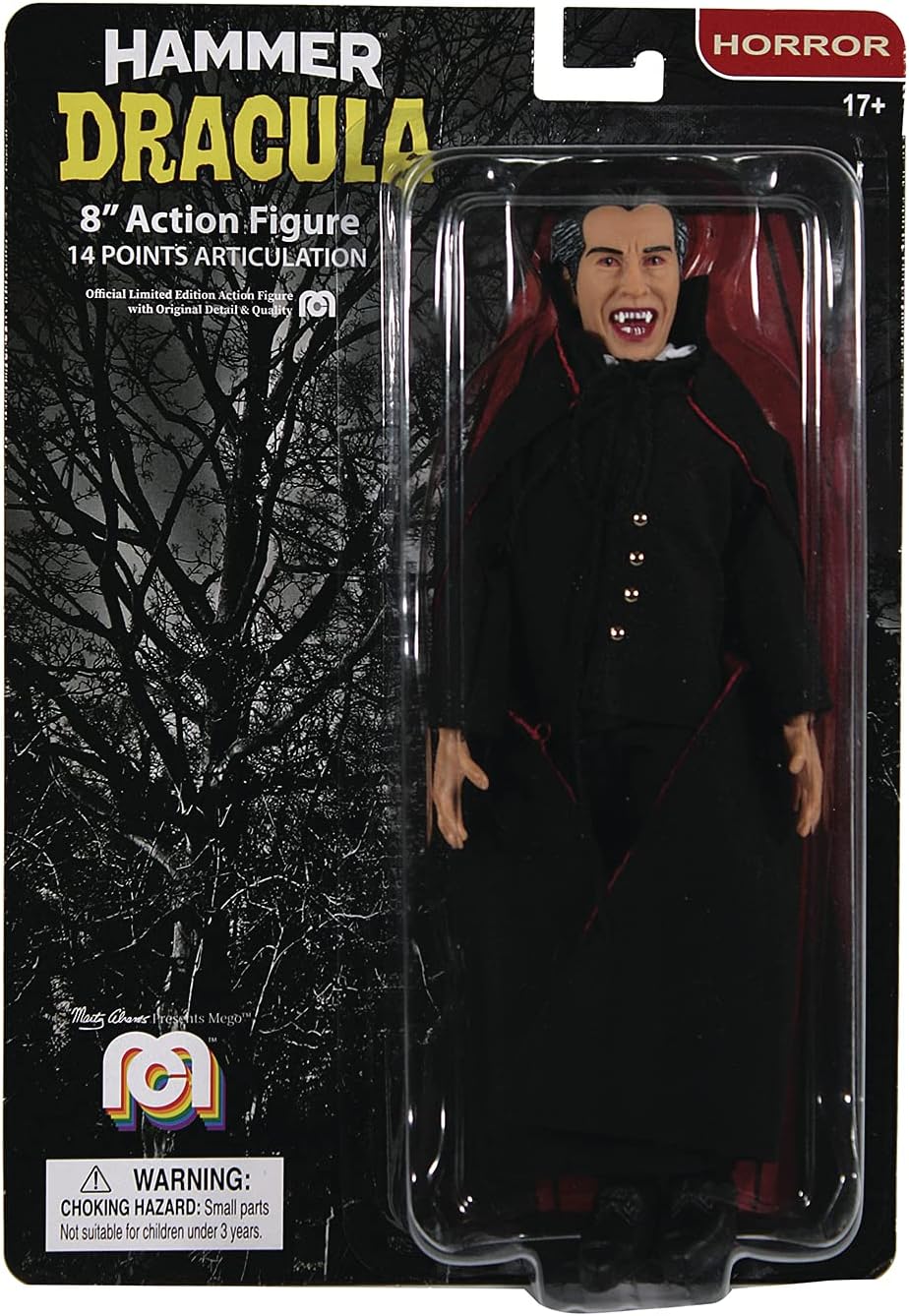 elcoming a new denizen to The Noctuary! And all Hell rejoices!

Highly detailed fearsome facial features, veined claw-like hands, and upgraded quality clothing, with 14 points of articulation. Displayed in predatory rictus, this is the HAMMER variation the likes of Satanic Rites of Dracula, Taste The Blood of Dracula, Horror of Dracula, Scars of Dracula, Dracula A.D., Brides of Dracula, Count Dracula.

Representing The Beast in man, predator elite, immortal Sorcerer of black magic and darkest sorcery, willing veritable Son of Satan and Devil as a gentleman, hellish projection of The Shadow.

Though the origins of the dark legend stems from Transylvania, the image is iconic, and is thus portrayed multiculturally - while Vlad Tepes reigns as hero of Draconian Justice in Romania, this would be the "English" adaptation, even with subtle hellements of Jack The Ripper. While the likes of Blacula portrays another. Nosferatu is much closer to the ghoulish creature of folklore.

In the wake of Lee's birthday recently on 5/27, it is a pleasure to possess this effigy as a tribute to the darketypal character as a legendary manifestation from Vlad The Impaler, of which there is also a figure! May the nocturnal marathon commence! ∞

Posts from This Journal “dracula” Tag