CHiPs: Things That Go Creep In The Night

Many interesting aspects to this episode. For one, since Rock Devil Rock, ELVIRA's in this one as a comic store owner, wherein she presides enthroned with a pet tarantula. 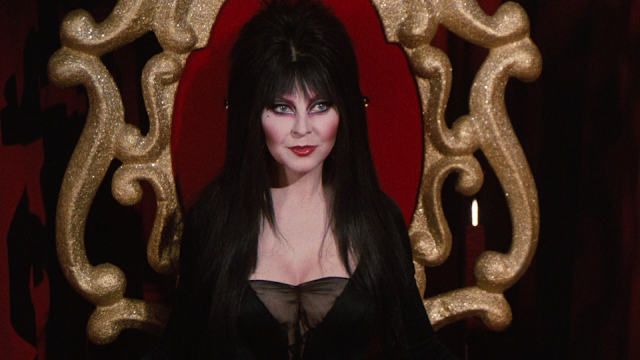 Now, if she ever really owned a comicbook store I would have been in there all the time! As I was in the area, and comicbooks were my life! Collected virtually everything I could find! Just another reason why I love her so much! Some of the comics displayed are THOR, X-Men, Ghost Rider, Flash, even the Life of Archie, which I never cared for. 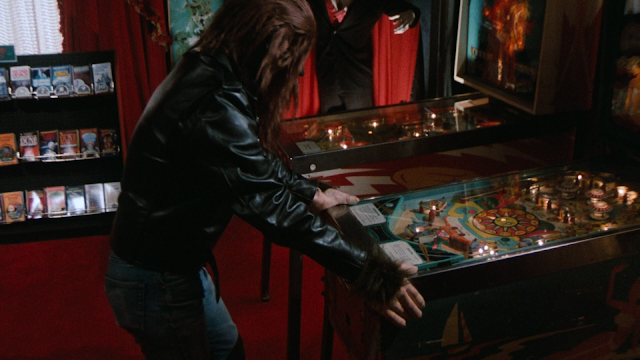 The shop is hellegantly draped in red velvet curtains, plush red carpet, a statue of Dracula in a corner, even pinball machines! One which was being played by a werewolf in a leather jacket! Although outside just kind of looks like a regular house on Kittridge, the inside could very well have been one of those shops across the way from Alexandria park!

Ponch & bruce visit her to authenticate the cover of a comicbook called "SEA THING" {obviously based on Swamp-Thing}, and verifies that the one they have is fake. All on the trail to gather evidence to find out why a pretty youngirl named Anna is so terrified, who was found unconscious {hey now!} on the beach, clutching a copy. Something scared her into amnesia. Seems this character, an accomplice of Woods', was stalking her to scare her to death or madness, and keep off the trail of her missing mother.

To the morgue... One lead guides Ponch & bruce to the coroner in search of Anna's missing mother, wherein an exhumation is ordered. Turns out to be porcelain! Brucie makes the comment that he could be a character from a horror movie and doesn't need any makeup! HA! Complement!

Coroner played by beloved character actor Royal Dano whom I recognize from several horror films such as Killer Klowns From Outer Space, Ghoulies II, Something Wicked This Way Comes, Messiah of Evil, Moon of The Wolf, even Kung Fu!

Which leads them to visit the creator, an eccentric Stanley Woods {Rich Little} who lives in a castle on a nearby hill - Malibu Castle to be exact, filled with secret rooms, medieval décor, armor, weapons, plaques, etc. - a really fun looking place! He's quite a character being a prestidigitator, organist, artist, comedian, & ventriloquist, even using a hologram of himself to greet guests. He even drives a hearse! Could be one of us! 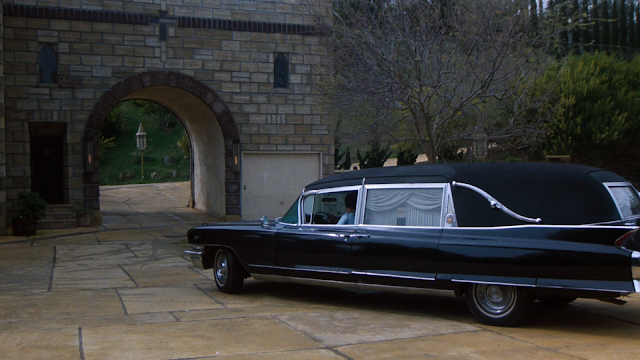 So when the secret room he was keeping that way from Ponch and bruce is discovered via acquiring the schematics of the property, the girl's mother is discovered, and he makes a run for it in the hearse! Which unfortunately tumbles onto the beach during the getaway attempt. Seems that he was trying to preserve ill-gotten gains and steal the artistic spotlight from the true artist of the comicbook and hog all the glory for himself! ∞