ϟINDAY ϟERMON: 'jesus' is a compendium of urban legends which several self-proclaimed messiahs sought to embody and live out the 'prophesies', utilizing every trick in the book to fool the rabble into beLIEving the purported miracles. A major contender was one Apollonius of Tyana, although it seems the opposing more exploitable doppelganger was more akin to the manipulatable dogma of Roman Catholic religionists to control the impressionable masses.

While there certainly are instances of the supernatural or paranormal to bring about desired results, the alleged incidents related seem more basically rooted through sleight of hand. For instance,

* Feeding the multitudes amounts to rehydrating cracker thin dried fish to expand from a condensed basket.
* Turning water into wine amounts to depositing powder into barrels of water like so much punch.
* Raising the dead 'necromancy' amounts to administering medicinal herbs to initiate a coma in the recent subject {whose 'technology' of the time would not have detected}, to return to consciousness in 3 days. {In typical hypocrisy, doodooronomy states this as a no-no}
* Healing the sick could have been actors, much like current evangelist sheisters, and otherwise placebos for temporary apparent healing by way of adrenalin proliferation, and otherwise motivation for the diseased to heal themselves. No external intervention.

Unlike most peasants, jesus had an education from rabbis, supposedly traveled extensively in the unflattering, excised "missing years" from the common Nicene babble {see Apocrypha} according to some scriptures, like the other trickster moses educated in Egypt {see the X Excrements, Devil's Scroll}, so it would have been a small task to convince the simps of erstwhile divine powers. This would be a lesser magic application. 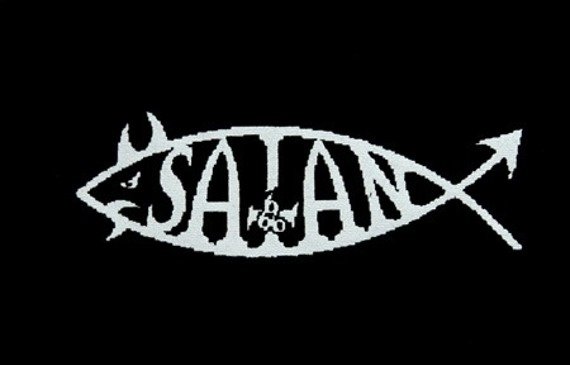 HELLENT: If so inclined, include fish, then 'defile' it with ham, bacon, etc. {pork}. I find this combination even more deviliciously blasphemous than merely eating all meat. ∞

Posts from This Journal “anti-xian” Tag