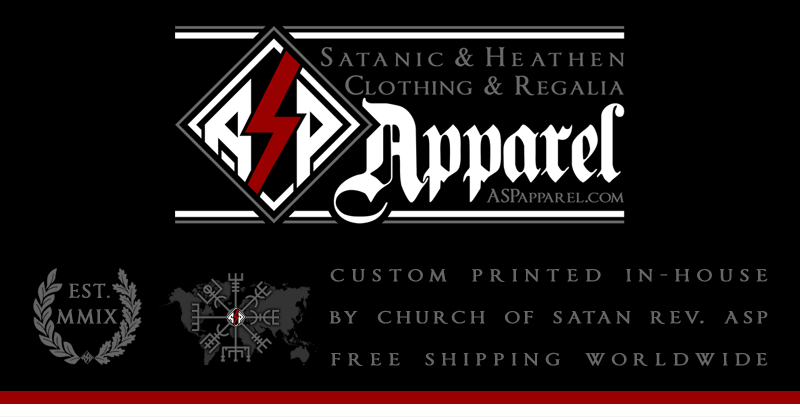 Seems like this may be one of the last orders since it has been 'deplatformed', due to what has been termed by the pusillanimous webhosts as "hateful speech" because of a Valknut △△△‽ Nonsense!

It seems they are ignorantly associating the ancient pagan symbol with the lamebrain antics of racists, who probably don't even know its origins themselves! It may not be antagonistically racist, just a prideful acknowledgement of ancestry. But the stupid, nomatter the race, are detrimental to their culture by acting brutishly confrontational, uneducated and uncivilized.

The etymology and historicity of symbols must be preserved, not warped, appropriated, or taken out of context by simpletons. The aim is the upwards evolution of the mind through education and productive application.

To Me, it could also represent 666, ▼▼▼, unholy trinity {inverted stanchion towards Hell}, as well as Belial {The Beast} for its resemblance to mountains, and travel. It has been posited that it may be symbolic of Odin placing confusion in battle, tying the mind in knots, which would be useful in ritual work to bind an enemy. Also representative of Yggdrasil, The Tree of Life.

▼ 2 pennants demonstrating the inverse cross {besides antixian blasphemy, could also represent the 4 Crown Princes of Hell / Hellements, seasons}, and Pentabolt, both now flanking the Giger Baphomet poster. Adds a much more appropriate hellegant hellement herein, for one's total environment.
▼ Infernal Majesty: Red woven pentagram tapestry on black cloth for the bed heading, for an imperial impression.
▼ 2 replacement shirts demonstrating THE DEN OF INIQUITY & WE ARE LEGION sentiments. The former ones had torn and faded, even though the fading effect is impressive as well!