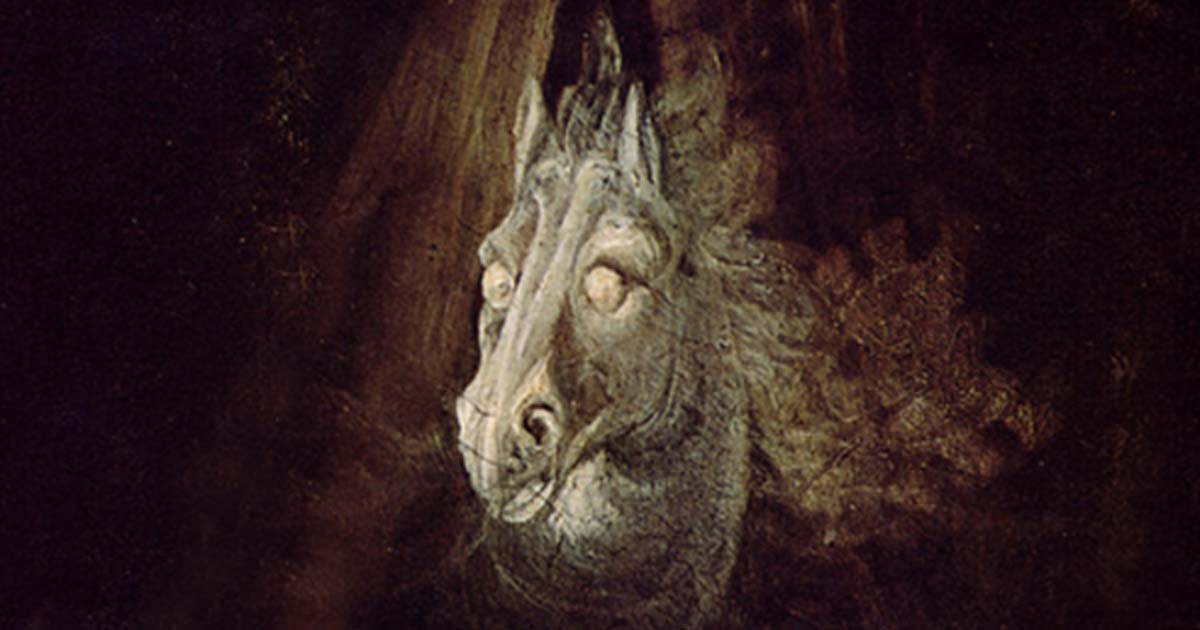 The Rocking Horse Winner is truly a tragic tale about a boy whose golden heart and gift for clairvoyance ultimately led to his demise, because of excessive, counter-productive greed and confusion besetting his mother, who adhered to a misunderstanding of the application of motivational greed, as opposed to an unbalanced obsession. Love and luck were equated according to the amount of money in the coffers.

By a series of prognostications, the boy did bring the precious cash forth, all the while rocking violently on his magical rocking horse, which was actually a tool of mediation and focus for him to assuage the winning horse in the day's race. He was eventually driven insane by the a-dolt's pre-occupation until his demise.

Ironically, in one scene, his mother admonished him to cast away his childish ways, when she herself did not realize her own compulsion.

In both accounts, 'supernatural' elements were used to exemplify the inner turmoil contained within the characters' own imbalanced psyches, diverting blame onto others which should have gone to themselves, to tragic results.

Collective morale of the stories: Self-realization, balanced values, honesty with oneself and cared-for others will yield productive results, and serve as a vehicle for true enlightenment. ∞