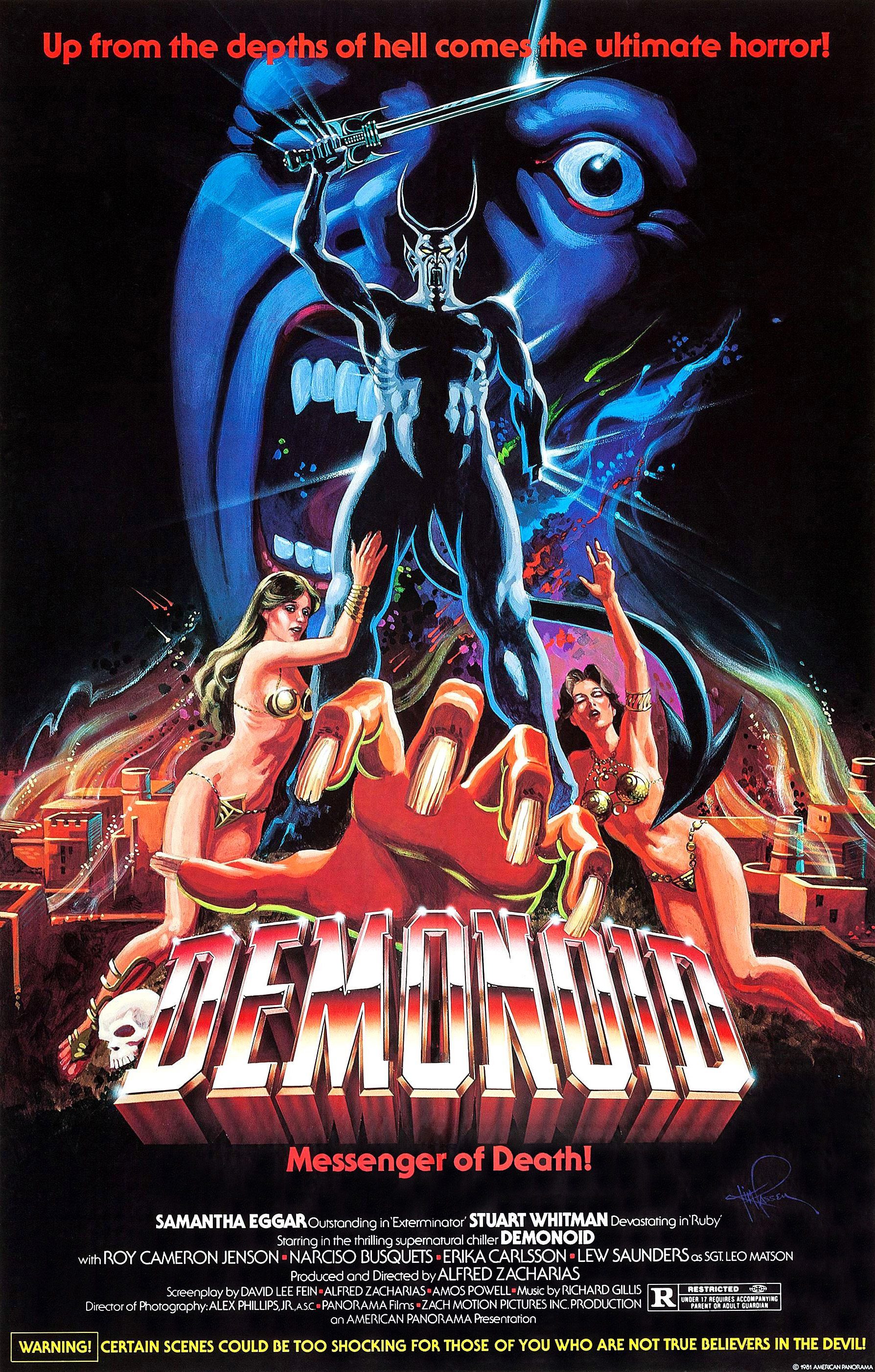 possessed hand follows an attractive American lady to the states after her husband Mark {marked!} traverses into a subterranean Satanic chamber, also sealing several of his workers inside {despite their reticence, and steer clear of the accursed grounds}, steals an artifact {Hand of Doom, invoking a veritable Brody Curse!}, indwelling several along the way, including the husband {burned to death, buried and reanimated as a rotting corpse}, a cop {has a surgeon remove it, he dies}, the surgeon {chopped off by a train}, finally attaching itself to a catholic priest* in his own church, who amusingly proceeds to destroy his own sanctuary in a pointless effort to rid himself of the demonic hand, even impaling and torching his own wrist, but which will not stop until it gains The Devil's due! Which it does!

Of note, Mark was actually experiencing some of the benefits of the hand, winning 'hands' in Vegas gamblingames, until thieves desiring his secrets are themselves made veritable 'sacrifices', at which point he tried to cut off the hand with a machete, but it ends up lighting him on fire instead.

But perhaps one of the most disturbing hellements of this horror gem is that disrespectful violators get what they deserve, and all those who stand in the way of Satan's justified wrath & vengeance! The Devil will not be denied! ∞

The plot calls to mind The Hand of Glory, monkey's paw, hare's foot, and even The Nightstalker holding up the pentagram. Other films which have featured the possessed Hand are Voodoo film The Devil's Hand, The Crawling Hand, and of course Thing from The Addams Family. It has also been the subject of several songs including The Hand of Doom by Black Sabbath, and HOD version by Danzig; Monkey's Paw by The Electric Hellfire Club, among others. BATHORY prominently displays it on albums, inclusive of talons to symbolize the denial of the holy trinity.

Of course, true practitioners of Satanism gesticulate The Cornu, representing The Horns of Satan in religious practice, greeting, and to affirm the philosophy. It was first ever demonstrated in the media by Anton LaVey on the back cover of The Satanic Bible, and in Church of Satan documentary Satanis.

Also noteworthy to mention that one of Our members will be unleashing a sculpture featuring the sign. I had at one point also sculpted a spiked gauntlet arm with the long clawed hand in horned formation, photographed by 'Occult Cop', 'Satan Sleuth' Randy Emon as part of his Satanic Panic seminar archive.

It is also applied as a gesture of Cursing or infernal benison. Of course, it has been historically utilized as a folkloric tradition accompanying The Evil Eye. ∞