The Bad Guys' Guide To Being "Good" 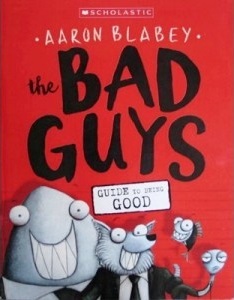 The Bad Guys' Guide To Being "Good"
Aaron Blabey | scholastic.com

A little spider asks to join a goodguys club, tired of being stigmatized. Thing is, this so-called "goodguys club" is filled with typically considered evil or feared characters and villains. Headed by The Wolf, he eventually instructs the spider with a lesson in balance and responsibility, that not all attitudes should be completely mean, and how the villainous type deals with misconceptions.

There are apparently 10 volumes in the series, all of which could be read in one sitting.

My advice: Do not try to be something you are not. Experiment in the process of evolution and self-knowledge. ∞