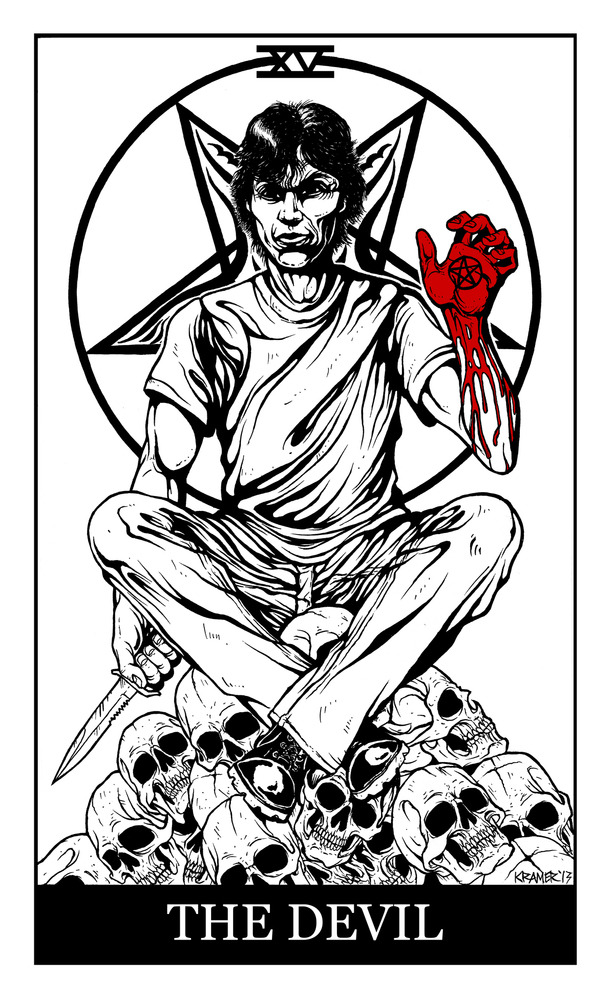 Today marks The Nightstalker's nativity, born in El Paso Texas, wherein he'd read and sleep in the local graveyard, composing poems, drawing macabre illustrations, and contemplate what was to come next. He hung out with his uncle Miguel, regaling him with war tales and showing many of the atrocities experienced and participated in. Then he witnessed him shoot his wife, which provided him with a potent ECI of blood and erotica. Launching him to LA to prey upon the sheepopulace for an entire remmus of terror! Fueled by narcotics and setting a lair at Motel Hell The accursed Cecil on the 13th floor... eventually 'sacrificing' 13 victims in the name of Satan! The xianightmare manifest! A veritable Beast of The Apocalypse!

At some point he had read The Satanic Bible, and wanted to meet Magus LaVey when he was in San Francisco, whereupon approached at the post office, LaVey informed him that he does not do business on the street, to contact the PO Box. LaVey wonders that if he placed more attention to the "nice young man" who was very polite, if he would have taken a more productive path. Zeena met Ramirez on a few occasions, attending some of his court hearings, exchanging letters, encouraging some of his more diabolical antics, attitudes, and displays of iconography. But the initial pentagram upon the hand was entirely his idea alone.

Devin Black would also attend a court hearing, sitting right near Zeena, seemingly placed beside her by a guard right after the obligatory metal detector, who had cleverly concealed the blade nearby. Harvey Levin was one of the reporters covering the case that day, who may have known the secret. ∞

Posts from This Journal “criminology” Tag