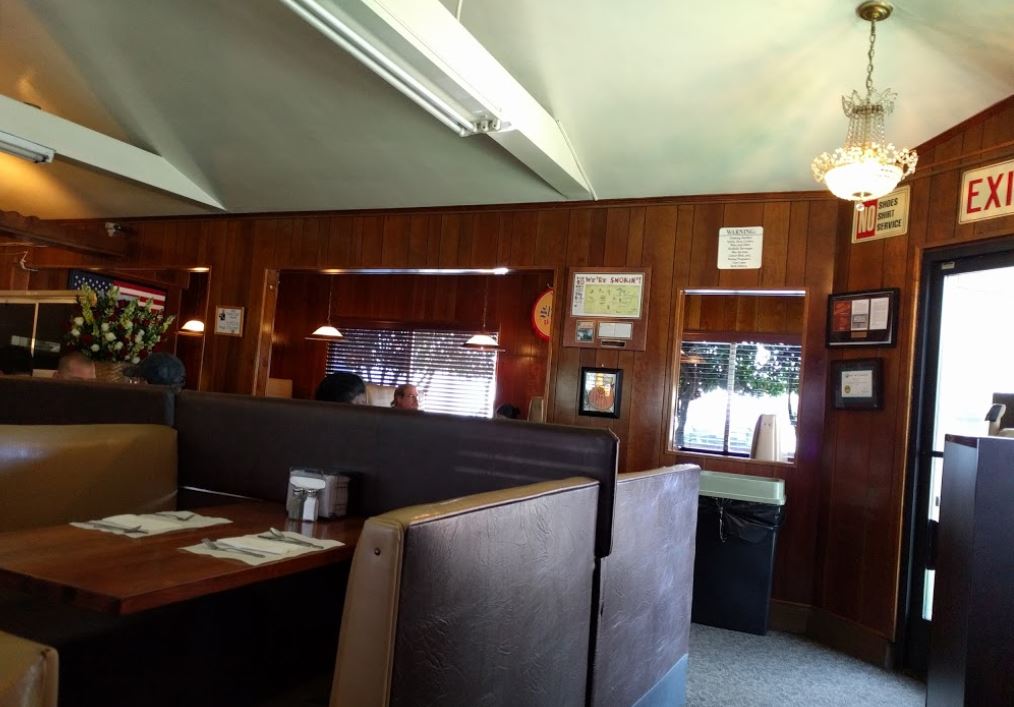 I just randomly discovered where one of the locations "Munsters' Revenge" was filmed! {see 47:24-53:17} The scene wherein Herman & Grandpa dress up like waitresses in search of Dr. Diavolo. It is apparently staged at Dr. Hogly Wogly's Texas BBQ! Some of the same light fixtures, wood paneling, front entrance door, and general intimate look! [take a look!]

Not only that, but with a bit of 1 point separation from Knight Rider, the same actor Joseph Ruskin {"Bubba", KR "Knight of The Drones" [S3/E1], a very convincingly sleazy, greasy character!} plays owner "Paulo", who also remarkably played 'Galt' in Star Trek episode 'The Gamesmasters of Triskelion'* {among many other ST roles}, with a very familiar diabolical appearance! ∞

Posts from This Journal “munsters” Tag