A Ninja is never without one's weapon, obvious ones or not. Traditionally, most ancient weapons formalized from tools to be utilized for either/or purposes. Eventually, specialized weapons and tools were created for specific purposes, yet most anything can be used as a weapon, if only observing the environment around you, including the environment itself! 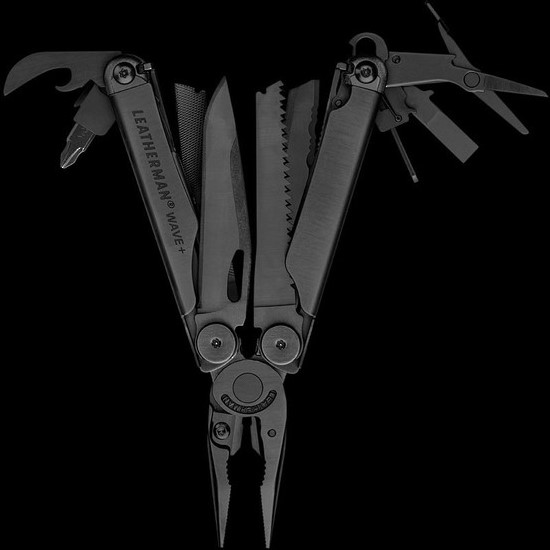 I happen to possess a 'Leatherman Wave' multi-purpose tool I carry with Me most everywhere I go, which carries a very "Batman" aesthetic {Batman/Ninja aesthetics tend to be interchangeable}, which modifies to suit most purposes, situations, and capers. When fully opened it resembles some sort of demonic tool of torture with an almost Lovecraftian or Gigerian visage, or a possessed metal creature come alive to dissect limb from limb!

Unfortunately, during all the moving to and from upon the earth seeing whom I may devour, it became temporarily misplaced, which can happen to the beast of us, so it behooves one to take further precautions. Yet the pro-active attitude is that it is still in one's possession, yet misplaced to return, and so it has, yet not without Satanic intervention.

So it came to pass upon realization of its disappearance, one retraces one's steps in one's mind {physically, if necessary}, with an apport being a further step, again, if necessary {whose principles are writ in Dracomeroth}.

Besides considerate inquiry, by the process of elimination, it was revealed whom a probable suspect was, and by The Devil's Hook identified, was tormented by Demonic attack! Writhing & moaning in apparent agony! Which served as confirmation! And thus it was resolved when the culprit handed it back to Me! Hail SATAN! ∞