Master of The Dark!

When the moon is drained of all its light... 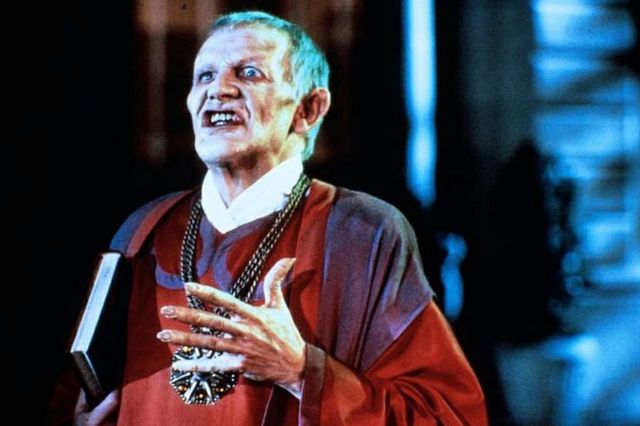 Vincent Talbot just wants to possess that "recipe book" from Elvira {not unlike Corbis}, which belonged to her Great Aunt Morgana, which is actually her Book of Spells! With the questionable aid of his two bumbling henchmen, he sets off to acquire it as soon as possible before the lunar eclipse! Even ironically reviving the arcane Witchcraft law in order to obtain it!

An enjoyable, poignantly amusing scene occurs while stalking about the streets after Elvira, passes by churchian Chastity Pariah & her xoid psychophants, wherein observing their despicable natures, transforms them into... SWINE.

Emerging from His Ritual Chamber via a secret turning bookcase, all omens and signs point to His ultimate Victory, for He acquires The Book, The Power, and even Elvira's own ring!

Reign In Hell! For His magnificent portrayal of this wonderfully diabolical Sorcerer of The Night! Master of The Dark! ∞