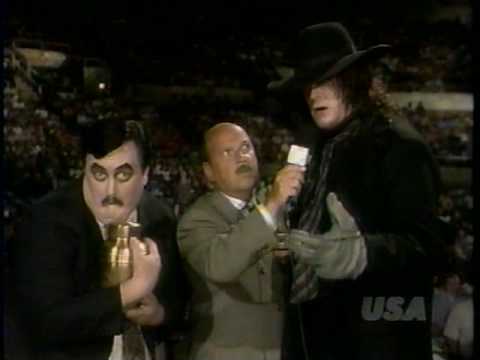 I recollect Mean Gene Okerlund in his primary station of WWF commentator, always the small balding man with the large voice on the side, helping interviews go as smoothly as possible. He did his job well, and was amusing at times by his reactions, at times becoming viscerally involved, even training with Hulk Hogan! He also has his own action figure!*

When not around, one missed Him! Fortunately, he is a constant throughout the history of Professional Wrestling, whose interactions can be appreciated forever! ∞

~> Video Playlist: Best of Mean Gene
_____________
* The first line labeled him a "manager", but was always a commentator! Subsequent versions corrected that. 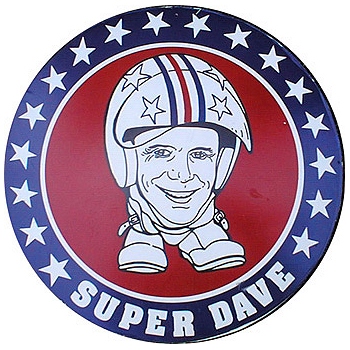 Before Jackass and the like, from stints on Jon Bryner through many others to David Letterman & Johnny Carson shows unto achieving his own presentation, Super Dave entertained audiences with his creative and comedic shenanigans in a well-meaning manner, with a heroic personae, not unlike Evel Knievel, placing life and limb to extreme situations and stunts for the entertainment of stalwart fans.

I always looked forwards to his segments, and knew they were to be absolutely hilarious! Enjoyed timelessly. ∞ 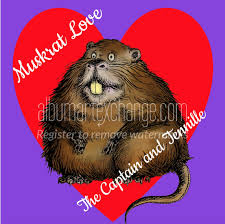 The Captain & Tennille, the glamorous lady & the guy dressed like a Captain, Sailor,* or some such {like Mr. Rourke meets Village people}, a seemingly odd pairing, one may be familiar with a few of their songs from the radio, similar to The Carpenters, in a playfully romantic repartee', such as Do That To Me One More Time, Love Will Keep Us Together, Happy Together {orig. The Turtles}, Shop Around {orig. The Miracles}, and of course, arguably their most "famous" goofy tune for being delightfully strange, "Muskrat Love", featuring the purported sounds of squeaks and squeals from muskrats made entirely on a keyboard!

The music plays almost mesmeric sounds incorporating the xylophone, smooth rhythms and instruments with utterly carnal lyrics. They even had their own figures! Recall that from Toys 'R' Us! ∞