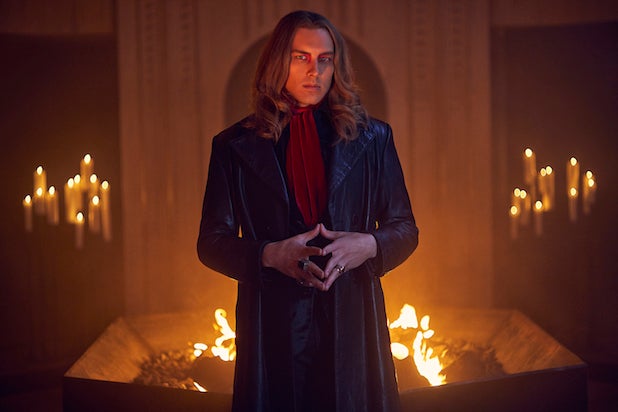 Behold, the idealization of the evolved Gothic Lucifer contrasted to that typical blindlight angelic depiction. Same general Hellegant outfit, mane {though primarily worn slicked back}, rings & all* - while that is a London Fog coat in the photo, a leather trench coat is worn now, sometimes with a red scarf in colder climes... seems that perhaps the media is heavily cribbing from established personages, scouring the net for cues, wherein art imitates life! Whereas typically it is the other way around. Life is ART is Life the way we evilive it, so it's no wonder. Personally, I think it is complementary. Just give The Devil His due! After all, this is not the first impersonation!

Not to mention the Shadow Demon** emerging from behind "Michael"*** lends to the similarity of the poem 13 Shadows from Bloodthorn Manor.∞
_____________
* Though I have a muscular physique, the other is rather bony.
** Which is a Conjuration Spell from DRACOMEROTH.
*** Really? The name of the antagonistic archangel? Although last name contains "Lang", one of our esteemed Magisters. 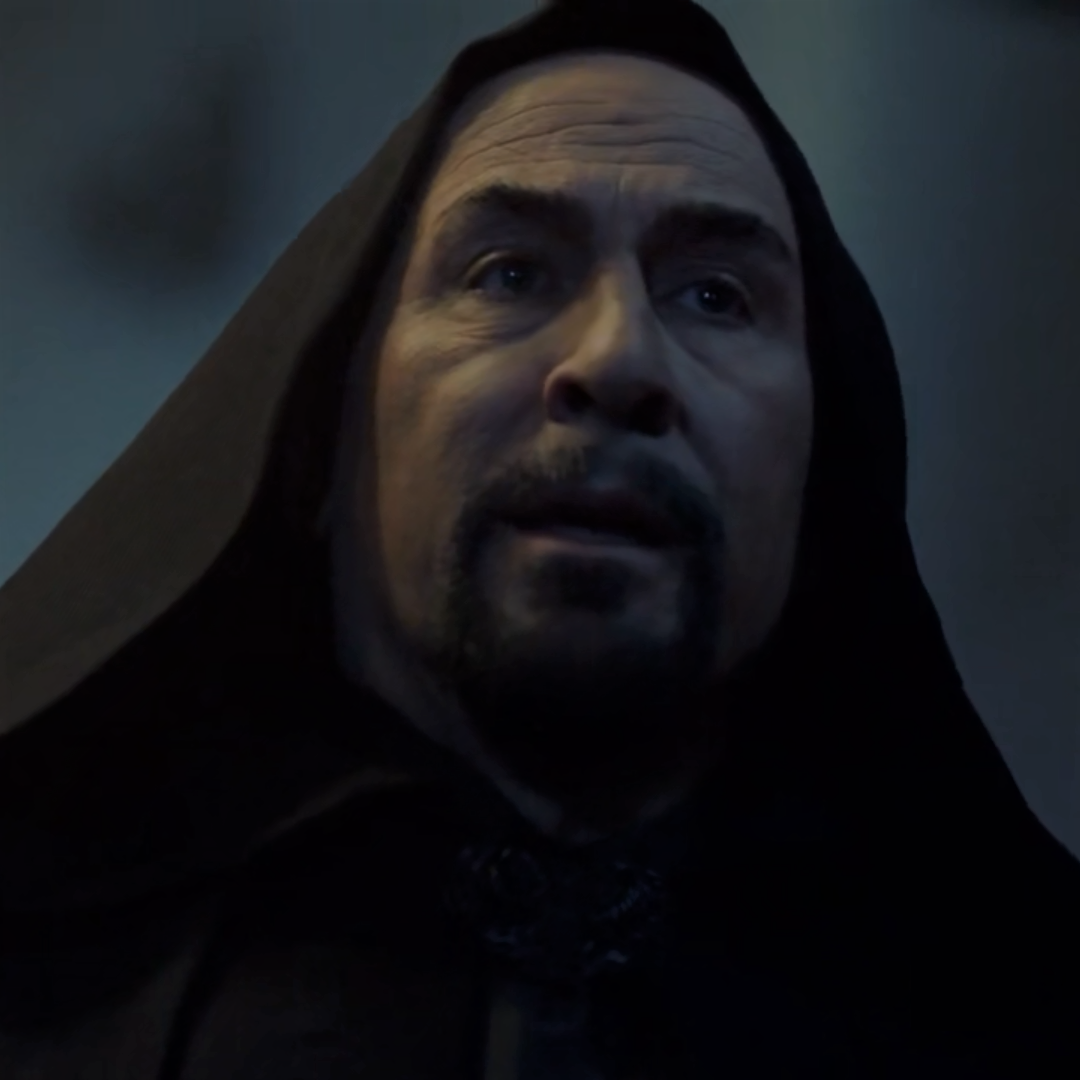 Anton LaVey {Carlo Rotta}: Clearly, there have been depictions of Magus LaVey in the media before, from animated characters {gothic horror comic books to Chick tracts}, to motion picture similarities {Ming The Merciless} who have obviously been inspired by his visage {admittedly one to the other}, not to mention the actual presentations He was involved with {The Devil's Rain}. But this actor just doesn't look like him at all - the only possible similarities being a bald head and goatee, but that's it. He actually looks more like Danny Trejo! ∞ 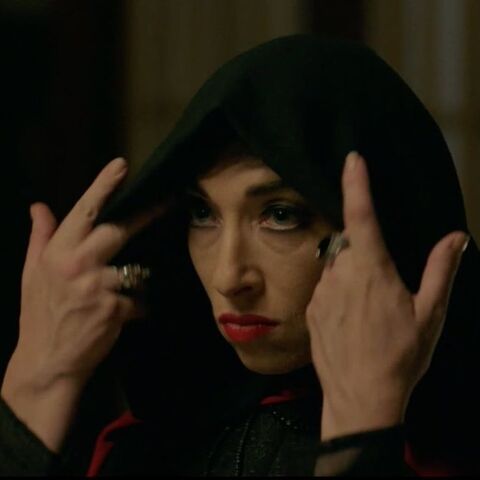 Naomi Grossman: Is she supposedly representing Maga Nadramia? Besides that, this actress Naomi Grossman actually convincingly played a Schlitze characterization named Pepper in the AHS anthology series' Asylum & Freak Show! What a range! ∞ 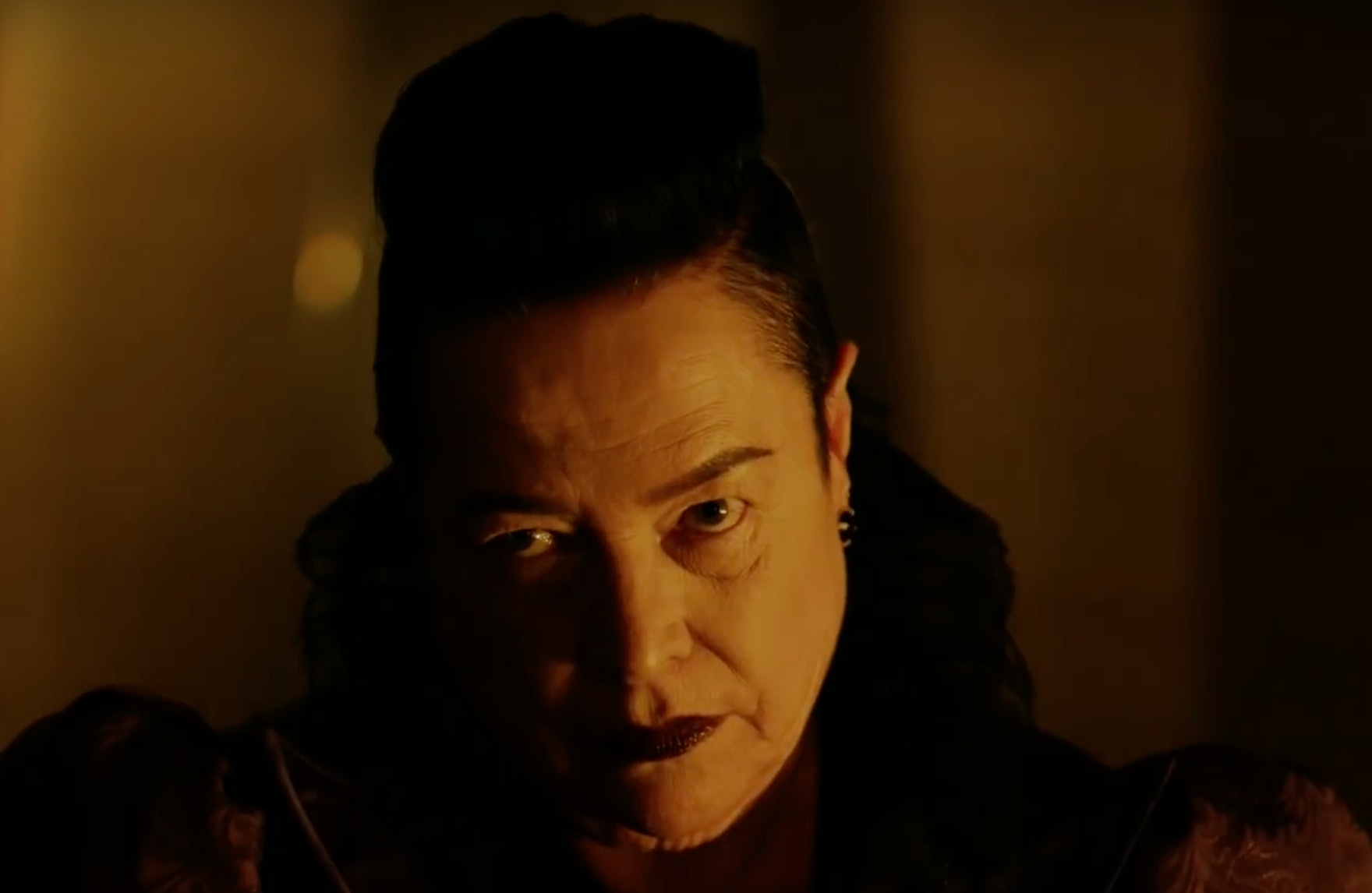 Miriam Mead {Kathy Bates}: Supposedly representing Maga Barton? Just the tucked up hair as indication. One recognizes her from Stephen King's MISERY, and has played various other characters in other AHS anthologies. ∞