It occurred to Me that most peoples' orientation correspond to TV Guide's designation of Morning & Evening {6a-12p/6p-6a}, whereas Natural order designates evening as beginning at sunset, and morning starting at sunrise, which is a far more reliable consideration.

The first time I ever saw KISS was on the album KISS Alive I & II in a market, both of which I possessed forthwith, which I posed by the record player which was on the desk, while under it was used as veritable 'gates' which contained My Shogun Warriors. For Me, one of the most impressive photos of The Demon is from the back of Alive II wherein he's spitting blood. 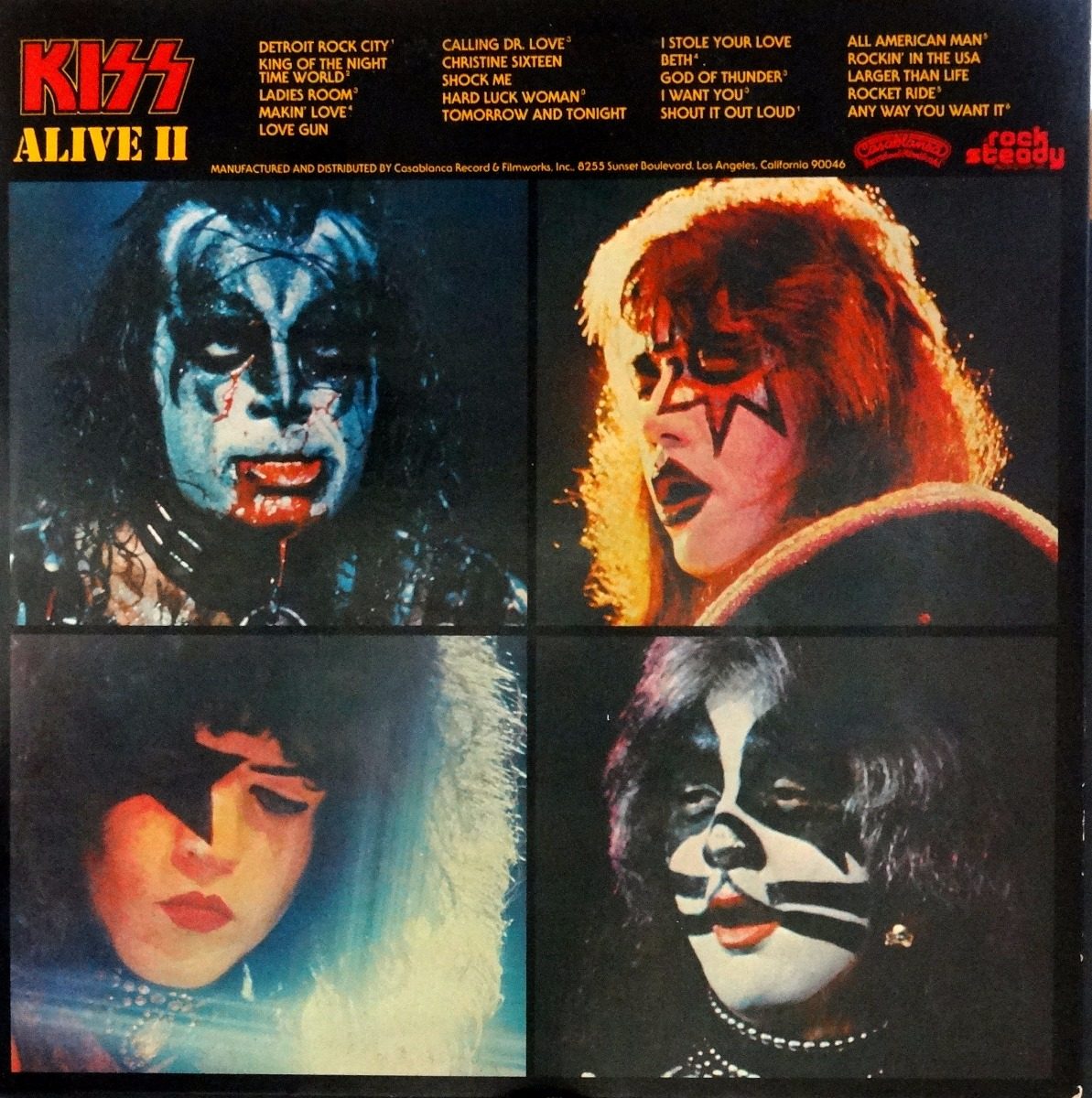 However, did you ever notice that 'The Demon' doesn't have horns? There's the Krampus-like tongue, fire-breathing, blood-spitting, sinister makeup, but why not horns? Perhaps if he really wants to up his game, horns should be considered, perhaps fangs & pointed ears as well. ∞