My only real recollection of Burt Reynolds is from Cannonball Run, a hilarious and evocative film about an outlaw cross-country race in various vehicles representing various countries. He played JJ McClure along with the most amusing Dom Deluise as Victor Prinzi, or... Captain Chaos! Driving a souped-up ambulance {Pre-Ghostbusters!}. The Japanese entry featured one Jackie Chan driving a high-tech, computer-laden Subaru GL 4WD hatchback with a rocket booster engine {which also sounds like KITT in SPM!}; He was also in Smokey & The Bandit, which features a black Pontiac Trans Am with a golden "Firebird" on the hood, the only difference between KITT. Speaking about KR, there is a veritable mirror episode entitled 'Give Me Liberty... Or Give Me Death' [S1/E15] in which several companies put up their choice sponsored participants to represent their particular fuel technology:

Smokey & The Bandit undoubtedly inspired television series BJ & The Bear {just about the only episode I like herein is the one entitled "BJ & The Witch" for obvious reasons}, which may have off-handedly inspired Any Which Way But Loose' {about a trucker brawling his way across America in search of love with his orangutan 'Clyde' with a mean right hook}, and so on.

In yet another episode, 'Diamonds Aren't A Girl's Best Friend' [S2/E14], a subtle nod is granted to Reynolds in a likened laugh whereupon capturing the chief jewelry smuggler, going round a grande fountain to prevent escape, eventually ends up in the pool. Also remarkable in this episode is the number of the train the models are posing upon is # 66...4 - so close! Which takes place at Travel Town in haunted Griffith Park.

Mistress of The Dark, Elvira Cassandra Peterson debuted in her first cameo appearance for Stroker Ace. Other notable roles include The Best Little Whorehouse In Texas opposite the scrumptiously buxom D⊙lly Part⊙n, and Deliverance {House of 1,000 Corpses-type thriller about unsuspecting River rafters encountering a gaggle of rednecks in the woods... beware of banjos - soowee!}.

Despite close relatives & actual friends, whenever I hear this irrelevant news about actors who have played remarkable historical individuals or characters, I feel little to no sorrow, considering all one has to do is watch the film to enjoy the portrayal indefinitely. ∞ 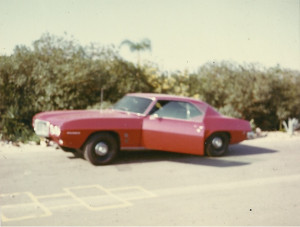 Dracumentary: My Mom had a red Camaro & Firebird Trans Am at separate points, which suited her fiery nature, and would receive many admiring glances from time to time when out & about. ∞
Tags: aesthetics, automotive, dracling, dracumentary, elvira, evocation, infernal progeny, kitt, knight rider, knightrider, past orthodoxy, retroprogression, retrospective, rip, spechtreum, technology
Subscribe

Posts from This Journal “retrospective” Tag