Highway to Hell or Stairway To Heaven? 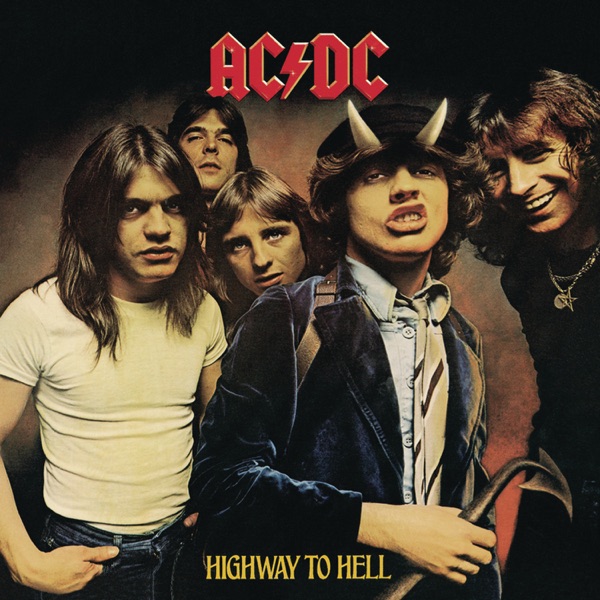 One almost seems like a complementary answer to the other. AC/DC's Highway to Hell speaks of the grand party awaiting those fortunate to join the sinful festivities down below, The Great Afterparty, as it were; while Led Zeppelin's Stairway To Heaven gives off a mystical, medieval Pagan feel there in the forest along with "The Piper" {Pan, Dionysus, satyrs & nymphs} amidst the trees, brooks, and cottage, where "she's" buying a stairway to Heaven", though like the subjective concepts of "heaven & Hell", these are relative according to the individual & situation. God is Satan is God. 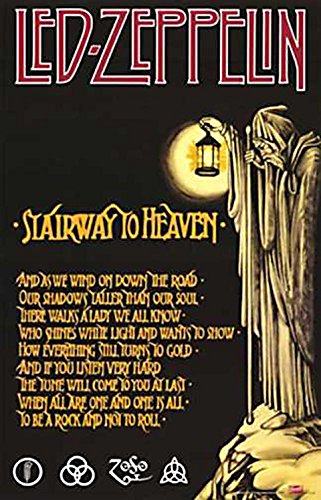 AC/DC: Said to mean "Anti-Christ, Devil's Children", and a favorite of infamous serial killer, The Nightstalker Richard Ramirez. Alternating Current was invented by Nikola Tesla & Ottó Bláthy / Direct Current was questionably invented by parasitic plagiarist Thomas Edison.
LED ZEPPELIN: The name "Led Zeppelin is said to refer to the doomed Hindenburg dirigible that went down in flames. Symbolically, the mysterious name "Zoso" is said to be the patron demon of The Ouija Board, allegedly conjured by Singer Jimmy Paige at Aleister Crowley's mansion Boleskine House on the shores of Lochness. The triple interconnected circles signify 666, The Number of The Beast, later also a so-named album by another British band Iron Maiden.

STH allegedly contains "backward masking" {shilgne}, which are an accidental pattern of sounds played in reverse that vaguely resemble forwards sounding words & phrases. Besides the delightfully eerie song itself, it is said to contain "Here's to My sweet Satan", "There is Power in Satan", & "He will give you 666" - while I personally concur with these sentiments, it has been posited that somehow this is due to Demonic influence interlaced through the tune, as proof that it was orchestrated in Hell by The Devil & His minions. Because of these suppositions & allure, some cleverly enterprising bands began purposefully integrating these effects into their albums, like Motley Crue {Shout At The Devil}, Venom {Possessed}, and others, in a veritably purposeful Pact with The Devil.

Even Judas Priest was accused [Vindicated] of placing subliminal suicidal suggestions in the album Stained Class {which resulted in two fans shooting themselves - one survived, leaving him disfigured}; & of course, musician "The Madman" Ozzy Osbourne was accused [Vindicated] of justifying suicide with the song Suicide Solution, when in fact the song is a warning against alcoholism, which killed his best friend, guitarist virtuoso Randy Rhoades along with other close associates, in what can be referred to "Drinking & Flying", or FWI {"Flying While Intoxicated"}. In both cases, could it be that Shadowy Forces influenced the Court to vindicate these Musicians from prosecution? And otherwise both were foundless, brought to litigation in an attempt to legally extort money from these bands by opportunistic blindlighters with an agenda & sublimated sense of self-righteousness?

Practically any recording can be examined to find hodge-podged erstwhile "messages" therein, as the mind is prone to create patterns and organize what seems in disarray, like seeing shapes in clouds in a process known as Pareidolia. Some xian paranoiacs have posited that even Disneyland's The Haunted Mansion record contains diabolical messages & infernal laughter from Hell when played backwards! And what did The Nightstalker say about "See you in Disneyland"?

Overall, could there be a cumulative effect surpassing mere coincidence when a plethora continuously occur, like a "Combination Lock Principle"* asserting diabolical influence? Or keys unlocking to allow certain dark energies to permeate?