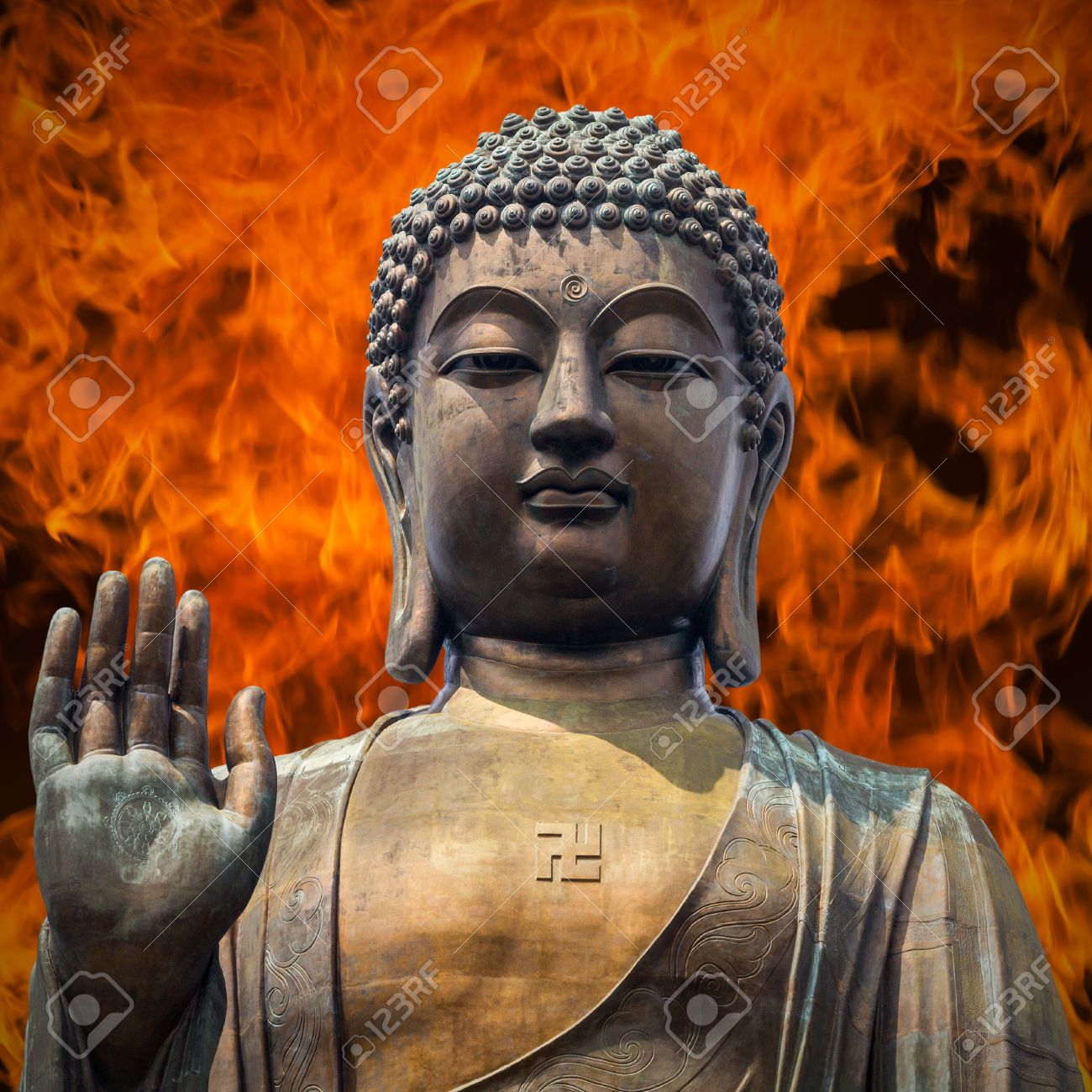 Interesting how other types of churches, temples, & synagogues are being vandalized as of late, recalling The Satanic Panic, while vandals & arsonists formerly concentrated primarily on xian institutions. Indeed, "Buddhist, xian, muslim, jew*... we don't need them anymore!"**, but this doesn't mean to vandalize or burn beautiful historical ornate churches or temples. We can appreciate the architectural value while rejecting the foolosophy, placing these for lessers to adhere to as par stratification, even though the beLIEf systems are antiquated, and are constantly, desperately revised by religious zealots to keep posteriors in pews.

This criminal obviously has some sort of personal problem with this religion, and will be dealt with accordingly by the law of the land, no matter the stuporstitious connotation.

According to Buddhism, this perpetrator is building up enough negative karma to transmigrate to another species upon reincarnation, and suffer life lesson repercussions of suffering in this life, like the "golden rule" of the xians, as well as torture in Naraka, Buddhist Hell. But it has been stated before, that in all of the appreciation for Nature, they forget humanature! ∞