You can check out any time you like, but you can never leave...

SATANIC PANIC ARCHIVESBecause of these records and others, caused veritable seeds to be sewn of The Satanic Panic to come, trickling from the mid to late 60's and all the way into the 90's, becoming some reference points for paranoid preachers' scare tactics or decades to come. 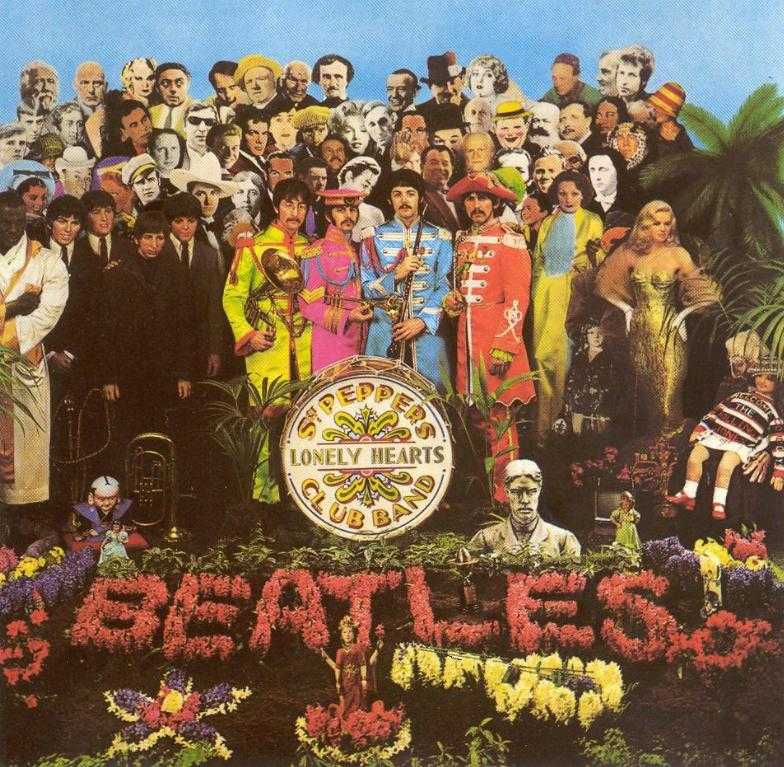 That is in fact Aleister Crowley included in this collage on the cover of The Beatles' "Sgt. Pepper's Lonely Hearts Club Band" album. This was included at a time {1966 ce/Year I A.S., when The Church of Satan was founded}, when TIME magazine inquired "Is God Dead?"; and Paul mentioned in an interview that The Beatles were "more popular than jesus" now, which caused xian reich fundamentalists to trash and burn their records, while true fans remained steadfast, but the publicity actually retroactively led to larger sales in the long run, because of the infamy; more or less known as the demonization effect, seen whenever records, movies, or books are banned or blacklisted with labels. People flock to possess them.

he cover of Hotel California features The Beverly Hills Hotel, which in another 1 point of interesting separation, is also colored pink like Witch Jayne Mansfield's notorious mansion. The back cover displays a party with the band and others in the lobby; but the point of interest lays on the balcony wherein a mysterious shadowy form is seen overlurking the festivities below. Upon magnification, it is clear to see a bald figure with what appears to be a black cape with red inlining, twirled over elegantly. It is clear to Me that this is none other than Magus Anton Szandor LaVey, a Satan incarnation, present at this gathering, probably offering an infernal blessing for the band's success, as He was wont to do from time to time in the Emergence evilution period of The Church , such as appearances at certain Rock events like Coven {where he started off the show offering benediction to the carnal revelers below}, to attending the Rosemary's Baby premiere, & even appeared on the Johnny Carson Show to offer benison for a fruitful new year}. At times, certain band members & actors were interested in the Satanic philosophy {Marilyn Manson, King Diamond, Sammy Davis Jr., Jayne Mansfield, etc., come to mind}, and would mutually benefit The Church movement media-wise.

References in the title song lyrics allude to The Black House, that haunted house on California Street, partaking in a veritable Feast of The Beast, along with the charms of the resident succubi Witches, "the Captain" {an endearment of others to Magus LaVey}, even the secret Lust bedroom chamber which featured a mirror on the ceiling! Seems very highly likely! ∞