ITEM: Steve Ditko is a man before his time

Regarding Mr. Ditko, I will paraphrase his own sentiments on his art, in that he basically set it to be cast as part of his own passion, but his own personal life was of no consequence - it has always been the characters that matter, the reason for his creations, like a veritable God granting life to spawn as reflections of himself, which tend to be reflective of others who can resonate with these traits. Like a thought form projection, he gave these characters a life of their own, a veritable momentum to be further empowered with imagination, and kept vivacious by those appreciating, integrating, and motivating readers who tap into these worlds, grating them a semblance of reality from the 3rd dimension and into the fourth in many ways. These are characters that have in essence developed their own life, and have been set forth into the world as forces of their own, constantly recycling through the consciousness of the masses and die-hard fans. He set it forth like possessed materialization of his own dark shadowside subconscious, as remnants and reflections of that nascent personality traits in most, exemplified and expressed by Ditko's talents, as well as Stan Lee.

However, I will draw some similarities to Peter Parker & Steve Ditko, particularly appearance-wise. A slight build imbued with superpowers to become superior physical and mental specimens. So in essence, when I see Peter Parker, I see Ditko therein. Then perhaps Dr. Strange is Stan Lee! 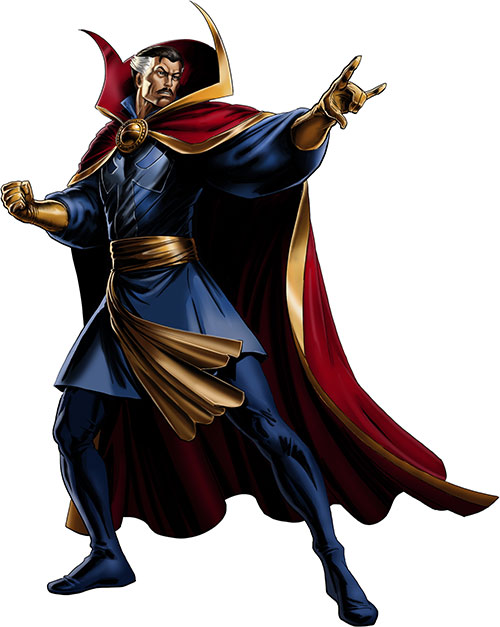 Comics have always been a potent force for this recognition as well as entertainment sources. I had very many comic books, toys, action figures, and films in My personal collection, both Marvel & DC, and others. Some of the very first appreciations came with Spiderman {who actually had webbing underneath his arms for gliding}, and black around his what I always saw as veritable demonic eyes {actually sort of Baphomet-like}. Spidey became more or less like a wisecracking friend, a Lokian representation, and even a accentuated segment of one's humorous expression, while Dr. Strange is more like a motivational characterization.

So I went through a Spiderman phase, when most of My concentration in playtime and collections were on Spidey, at other times including villains, and one of the outward expressions of this was the peculiar habit of winding kite string onto doorways in Hellementary, and watching the series on TV. Then the Dr. Strange movie hit the airwaves as well, and later the sinema film, who I've always felt an affinity for, even moreso now, serving as an inspiration in actuality.

Interestingly, much of the recent figurines and decorations manufactured as The webcrawler has featured his hand in the gesture of The Cornu, instead of the traditional middle and forefinger bent to press his webshooter, ostensibly forming an inversed "I Love You" gesticulation {even once confused by Gene Simmons}, yet it was always for the practical purpose of releasing the webbing. However, it seems very appropriate after all, and the nod to The Forces of Darkness that Dr. Strange has always drawn His Power from. And one has grown from the other.

So thanks to Mr. Ditko & Lee for opening another gate of the imagination, forever appreciated and accessed. Hail Satan! ∞