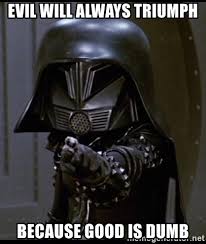 I used to go with Dracovum to Valley/Laurel Plaza park in Northollywood to see the fireworks, and they were magnificent - a true spectacle throughout. We'd sit in the bleachers there at the baseball field where I was in previously in little league, then all the better Karate, with soda and treats, and await sundown for the show to begin. It was accompanied by bombastic music and narration, all professionally done, considering this is a "showbiz" town, and would attract the sort all the time.

It has ceased to hold these events, diminished, probably because of lame xtard party-poopers[1], inclusive of the fun Halloween events, wherein I would stop by in costume on the night, and partake of the activities transpiring there, as well as the tricks and treats dispensed. This was where I encountered another trick or treater when a playfight transpired between Myself {dressed as Vader}, and another kid dressed like Luke; wherein I removed the tip of My lightsaber, which emitted a blinding beam, thus temporarily incapacitating him as I struck a blow to his shoulder/head area. Whereupon questioning My tactics, it was affirmed by a parent that it is The Dark Side after all! 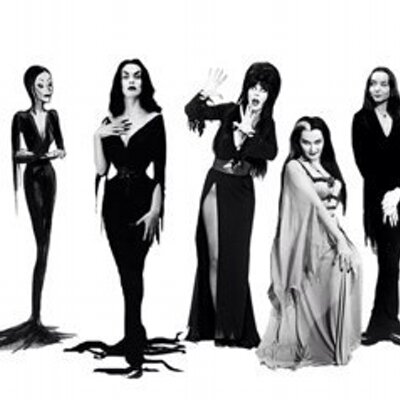 So "Behold The Power of The Dark Side!"; because we have all the smarts[2], the cookies, AND Elvira {...and Vampira, Morticia, Lily Munster, etc.}! ∞
_____________
[1] I actually took a couple of classes in that recreation center's auditorium! Folkloric dancing and guitar to be exact. Sad to see it being used by xtards to pus their agenda.
[2] "'Evil' triumphs because "good" is dumb." - Dark Hellmet, Spaceballs.