Hail Elvia full of Grace, The Lord is with thee. Blessed art thou among women and blessed is the fruit of thy womb. Praise to Elvia Mother of God, grant us Thine Blessings now and forever more. Amon. ∞

Elvia DeLaGarza Quiroz is a truly wonderful lady in just about every way, multi-talented & excelling in everything she tries her hand at, from Cosmetology, painting, horticulture, needlepoint, sewing, and as a mother.

Originating from Spanish-settled land, a little Spanish lady with blonde hair, who lived upon a hacienda with a father who owned a successful cantina*, a large man with striking red hair, who was one day gunned-down in a standoff with an infamous bandit Zapata, a dishonorable cheating coward, 'Quiroz' refusing to stand down to criminality. Would have been an ideal time for Zorro!

Fearing the rest of the family would have been killed, enslaved, or females raped, she was given a small fortune and put on a plane for America, landing in Hollywood, where she attended classes at Hollywood High, Valley College, & Marinello School of Beauty. She acquired her own apartment shortly after landing in LA, only staying with her friend for a short while, where I would be babysat.

Always following her inner passions, achieving the enviable ideal of being payed for doing something she truly enjoyed, where work and play were interchangeable. Though translating her psychologically latent terminology with Catholic references, she was actually quite a Witch in her own right, fully employing Lesser & Greater Magic with expertise and effectuality. We eventually moved from North Hollywood to Baldwin Park; upon her eventual relocation from Baldwin Park to Highland Park, she recreated her world to her perfection. She also loved to walk - a lot, all over the hallways and courtyards she enjoyed, up & down the hill to the market, only taking her car to church and further locations into town. She preserved a chair and table set near the window overlooking the garden and gazebo and nearby hills populated by wolves and other wildlife, where she partakes of coffee, yogurt, then her favorite rotisserie chicken, eating candies like Hershey's kisses and chewing gum constantly the rest of the time, even attending aerobics classes!

She was certain to live well past her mortal centennial, as did her mother, yet man's perfidious deception based upon envy & jealousy, interfered with her longevity, parasitically extending its poisonous influence, weakening her constitution by removing her from her thriving environment into a toxic situation. Yet truth emerged and a full understanding was preserved, regardless of the lower man's attempts to diminish or manipulate, and by Satan's Grace, we are one. While those without exist in redundant misery & degeneration. 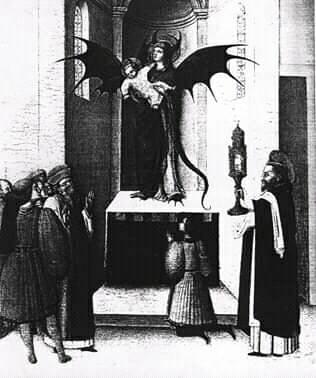 Posts from This Journal “mother” Tag