Illustration: THE BLACK SCHOOL by John Jude Palencar [1]
Spaniards have always been in league with The Devil. And Spain is an entry to Hell...

...Particularly, theoretically about the Catalonian & Basque regions, whose Scatological culture alludes to Besse Osculum Infame, and the rumored location of a school of Sorcery & Witchcraft, wherein Wizards & Witches from all over the world gather to study & develop the occult.

Perhaps a major reason one Charles Addams portrayed Gomez a dashing Spaniard, a firey lover, & an ideal patriarchal representation of Evil. Though the Satanic is innately demonstrated in all cultures, it seems more dramatically exemplified. ∞

A city in the province of Aragon, Spain, that is completely dedicated to Witchery {like a Spanish 'Salem'}. Its foundational history boasts excommunication from The Catholic Church which found it to be so evil, that is should be 'accursed'; wherein Witches & Warlocks were allowed to roam and practice their rites with impunity in a veritable reservation manner apart from theocratic rule, and unto themselves, whom, likened the Yazidis {see The Statement of Shaitan, Al-Jilwah, The Satanic Rituals, LaVey}, developed, preserved, maintain, and perpetuate their own particular traditions the year through and upon occasion.

The place turns into a veritable Halloweentowne for Luz De Las Animas {"light of the spirits", but we'll call it infernalight of the demons}, where jack o' lanterns are carved, some deadicated & placed in the resident graveyard, and otherwise featured for display! The "Feria De Brujeria Y Magia" is a witchcraft faire wherein all manner of nascent items, supplies, potions, spells, tarot reading, artistry, parades, etc., are brought forth in the 1st Saturday of July; and The Hogueras De San Anton is the Winter festival lit with bonefires taking place on The Solstice!

Visitors who dare stay the night can stay in "El Horno" {'The Oven', Hellmouth?} up on the castle grounds.

All year round, there is the Museo De Brujeria {"Museum of Witchcraft"} in towne, along with medieval architecture the area through featuring images of devils, witches, wizards, black cats, broomsticks, and ravens to titillate sightseers and tourists into this centuries olde arcane village of the damned. Seemingly inspirational to hellscape paintings and macabre horror films alike! Even the name sounds like it could be a demon's! ∞ 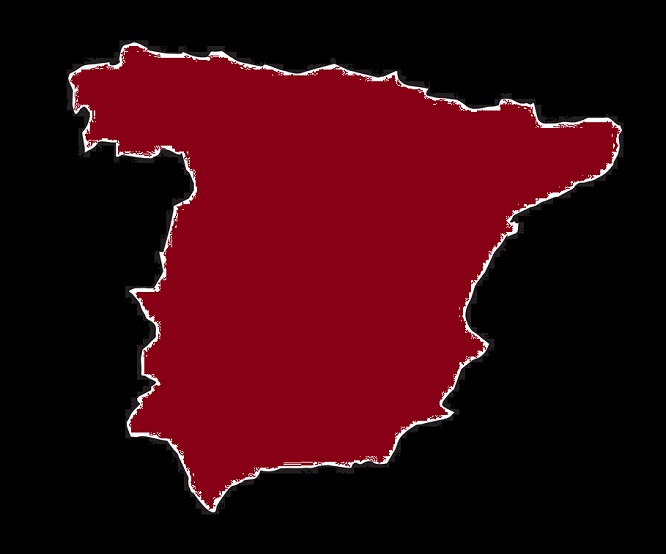 Behold! Even the demonic geography sindicates & reflects the infernal preferences and inclinations of the nation. The entire country is shaped like a Devil head! Could the country be a veritable vortex of etheric energy?[1] THE BLACK LODGE - THE ENCHANTED WORLD; WIZARDS AND WITCHES; Time/Life Books:

"...The schooling of many Wizards extends far beyond conventional arts and sciences of the day. Most of them disappeared for long periods at some point in their careers. When they returned to their own lands, they were haggard, grim-faced and, it was said, accompanied by intermittently visible and long-clawed assistants, who obeyed their every command. People who had dealings with these Wizards spoke of a Black School, where Magicians are taught. No one knew quite where it was, but most speculations placed it in Moorish Spain, usually at Toledo or Salamanca.

The sources were agreed about certain details concerning the school. It was in a cavern, underground, windowless, and lightless, but its books of instruction - whose Spells allowed Wizards to witness events far away, or to travel great distances in the blink of an eye, or to summon up demons - were written in firey letters that provided their own light for reading. During the term of their schooling - five to seven years - the would-be Wizards never ventured outside and never saw their Master. All knew who He was, however, for all had been required to make certain agreements with Him before entering...a cavern reached by winding staircases leading far into the earth and sealed from the sunlight by iron doors.

Except for their own murmurings, the scholars had a silent schooling. They saw no headmaster and heard no response to their questions. The answers they asked for each night appeared in the morning as letters that glowed and faded on the pages of their books or shown from the cavern walls. No servants brought the Wizards sustenance. Instead, a shaggy hand thrust out from the walls the food and drink they required. No fee was asked, save one - that the last man to leave each class, give his body and soul to The Schoolmaster, whose name was Satan."