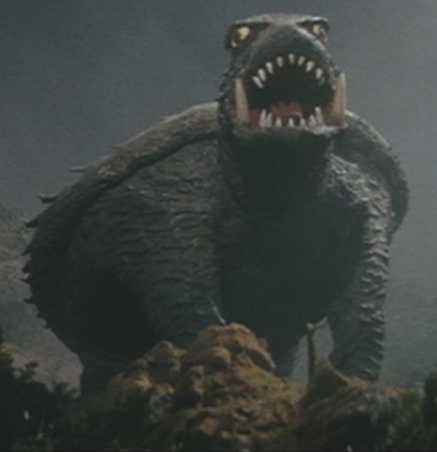 In this unfortunate account, some dumbasshole literally takes the food out of the mouth of a snapping turtle who was just trying to feed himself, actually managing to fortuitously clamp on to a goose, until this jackass comes along in a goofball unicorn raft, thusly depriving the little guy of his meal, while uplifting his puny arms in a sham of Victory, while other such morons cheer the idiocy on. The idiot probably just attempting to stupidly impress female onlookers, perhaps in a misdirected attempt to breed.

Only such retarded lifeforms could be so neurotic so as to consider this any sort of beneficial occurrence, whose simplistic dualistic cartoon mentality bids a "good vs. Evil" scenario; so is the goose good & the turtle evil? How is the turtle supposed to survive, or any other creature for that matter, if it is prevented or thwarted from hunting to feed itself? So this should definitely not be celebrated, but actively discouraged to let nature take its course.

It would have served him right had a crocogator emerged from the depths and taken a chunk out of him! Unicorn raft and all!

This sad event can be seen as a simile of blindlight mentality interfering in the natural process to preserve all that is weak and inferior, either in spite of, or at the expense of, The Strong, Is someone going to feed the turtle to make up for his efforts?

Overall, this was certainly NO HERO! But merely an imbecile interfering in the natural cycle by depriving the turtle of his meal! Well, he can make up for it by throwing the turtle some meat and leaving well enough alone! ∞ This reminds me of a conversation I had with a cousin once upon speaking about deer, rabbits, "bambi" and such prey animals who only breed propitiously in order to feed the fewer predators, which serves & sustains a crucial natural balance. After all, what are the wolf & lion cubs, snakelings, and family supposed to eat? After a pause to process these truisms, she seemed to understand.