As an extension of Walpurgisnacht celebrations, which usually stem from a week prior to a week after, I had the pleasure of traveling unto the USC Science Center wherein the prized Endeavor space shuttle & King Tut exhibit are being held, along with a couple of other interesting displays besides, such as a shadowmantic display on phobias and fears entitled "Goosebumps: The Science of Fear", which is of course a special extra attraction. 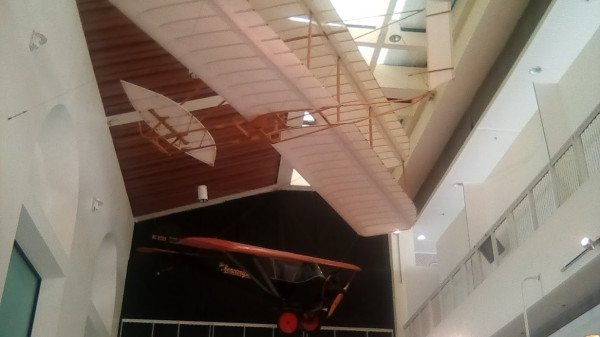 Wright Brothers era aircrafts and staggerwings on display above the foyer.

Located near the center of the city proper, on the outskirts of the USC campus this is within a sprawling property with several floors filled with resources. Upon entering, one immediately receives a sizable impression of a large poster depicting the exhibits presented within. 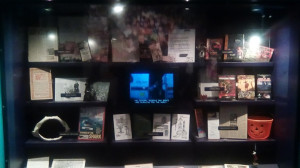 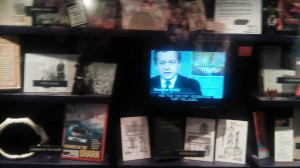 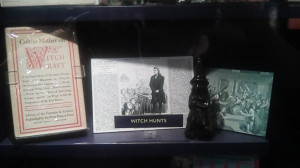 One descends into a black and dimly lit chambers, each dedicated to a different and stimulating fear to be understood and utilized Phobias to be traversed, with interactive exercises, from a little living room reminiscent to that from the Monsters opening, and otherwise where one could easily imagine a Horror movie scenario to take place. You are invited to sit on the couch, and are treated to a fun educational informational presentation on Anxiety. On the bookcase, a series of various subject matter which have held societal paranoias and the dark history from the despicable, misnomered "witchtryals" {to whit: the only real so-called "Witch hunts" are those enacted in a salacious sense!}, to the Halloween scare, pandemics, cryptids, swarms of killer bees, cryptids, urban legends , complete with exhibits like figurines and art. The Chupacabra figurine, jack o' lantern bucket, and Marvel action figures are a nice touch.

Wherein one proceeds to a shadowmantical chamber when one form is projected into a screen accompanied by a tree and a large predatorial feline, which is supposed to attack one's shadow, ripping and shredding with jaws and claws {...for indeed, such is the order of natural law}; yet strangely, when I did so, the beast did not attack, but allowed Me to walk all the way to the other side unharmed, while others were summarily torn to shreds. Then on to a series of enclosures each focusing on another fear and phobia, all of which are rated according to response:

Overall , fun for personal discovery. The only addition I would included would be the use of animatronic characters narrating the sections herein, considering most of those running through there did not seem to bother reading the descriptions available at each station. 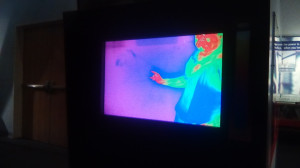 The rest of the attractions herein involve pure scientific dynamics such as infrared displays, architectural techniques, and running a lightbulb on a crank. Automotive wonders, from a solar craft traversing upon land, the aerodynamics of turbulence, windpower, and a videogame featuring maneuvering a boat across San Francisco Bay.

There are three overall levels beginning from the third floor down, until reaching the King Tut and Endeavor attractions. Enlarged photographs are displayed throughout the museum's walls from the historic event of moving The Endeavor through the streets of Inglewood and adjacent neighborhoods complete with emotions and expressions accompanying them. 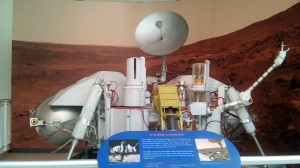 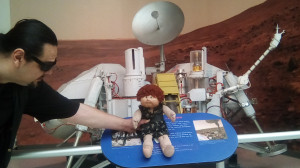 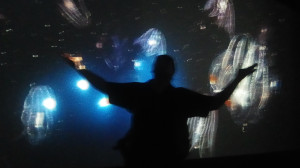 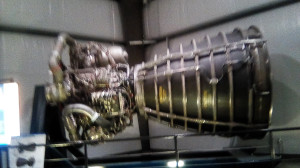 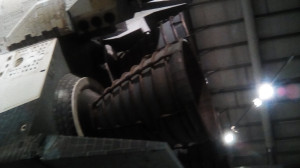 I was fortunate enough to actually touch the Mars Rover itself personally, which actually still had the Mars dirt upon the metal wheels still, and physically touching one of the chairs from the actual control room which navigated the Endeavors's missions throughout its explorations, for the benefit of science and civilization. Eventually one arrives into a virtual ritual chamber room surrounding in filmographic images of Nature and the seasons in flux, which was absolutely beautiful. All this chamber necessitates is an Altar near The central pillar whereupon a Baphomet should be projected for absolute perfection.

Truly, entering in the presence of The Endeavor one can certainly feel the essence of greatness in that craft, bringing forth emotions that become tangible. 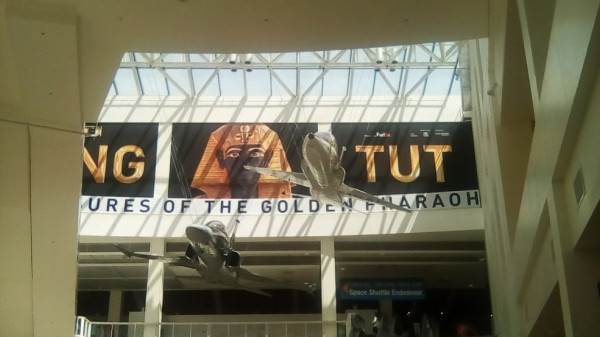 The first time this exhibition came to town was in the 70's, which Dracovum adored everything about, and collected just about every little doodad she could that she found abouts. So when I heard that this attraction was returning, I felt it should be appreciated. Having had taken courses in Archeology, and a long-standing appreciation of the occulture in decorative themes to the utilization of certain archetypal personages, I had a special interest in investigating this compilation of treasures, which brought decided pleasures, again, to be in the presence of history. By far, besides the kanoptic jars, cartouches, segments of walls with hieroglyphs, Neter statuary, the splendid sarcophagus of the King Tutankhamen himself*, wrought in splendid gold.

All the exhibits are properly preserved in dimly lit quarters, with various furthering chambers, in a decent lighting intensity to display the given piece to experience its symmetry and detail in full. Without going into further detail, this is indeed a lifetime experience one should avail oneself of when and it it comes to your area. ∞

_____________
* Though it has since been divulged as a small form of reference, that this boy king was indeed malarial, disabled, and inbred.Related: King Tutankhamun Exhibit {XL}
Tags: archeology, black earth, dracumentary, history, king tut, shadowmancy, travel
Subscribe