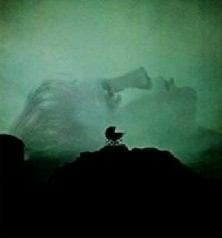 Upon The Nativity of Dracovum Excelsi, whom as Hellgate by which The Mighty Draegon did I through the portal of darkness into this dimension emerge, so we honor thee in great appreciation, by howling winds and demon hounds, gestation of immortal Draconian Metamorphosis complete! ∞

Playful & Puckish by nature, presented here are but a few of her favored musical selections.

Today marks the day the Dracovum herself was birthed, wherefrom an ancient land filled with Magic did she cross into this dimension, a Natural Witch clandestine with Conquering Blood took root by The Great Satan to fulfill pride with Azrael's cosmetic alchemy.

And so it came to pass the essence of SATAN did pass through her, Draegon made immortal flesh.

She is The Keeper of The Gate. The joys of life are hers within to revel, with charms resplendent, enriching those who share her presence. So it shall ever be, and so it shall be again. ∞
____________

* Related: The Art of ELVIA, Countess Dracovum, Mistress of The Art.