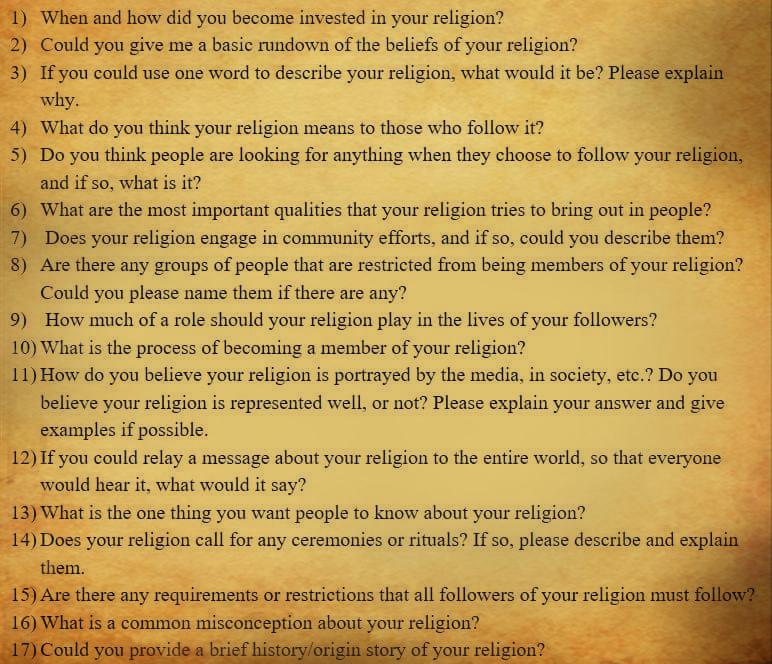 1. In jr. High school while investigating various belief systems for Myself, I found The Satanic Bible as mentiobed in a Satanic Panic pamphlet warning against the evils of Satanism & The Occult. Determined to find this text, I discovered it at a B. Dalton Bookseller. Upon reading this tome, I discovered that I Am a Satanist, as I read most of My own viewpoints reflected in those pages.

2. A carnally indulgent religion, lifestyle, philosophy where one is allowed to evolve to one's highest potential based upon merit. Overall, a basic rundown is entailed in our basic tenets The 9 Statements, Sins, & 11 Rules of The Earth.

3. Truth. Viewing all in purest Lucifer's infernalight of undefiled wisdom, and the exploitation of that towards one' s benefit.

4. Each Satanist has one's own particular, individualistic perspective, so it is a highly subjective analysis.

5. Truth and self-expression, freedom from guilt, and to evolve unto one's highest potential.

6. A code of ethics that promote civility and mutual respect.

7. There are no mandates for such. If a member wishes to participate in such endeavors, they are free to do so of their own volition for perspnal desires, then the religion enriches these activities.

8. Not in particular or by wrote. However, our personal and private activities do not tend to involve non-members, unless by special invitation.

9. It would definitely be an enhancing, enriching element, providing perspective. But all depends upon individual choice as well.

10. This is detailed in the Affiliations section on The Church websource. But by and large, paying a 1 time membership fee and incisive questionnaire. Afterwards one may progress within the organization according to merit.

11. The media has misrepresented Our Religion extensively in the past as seen in The Satanic Panic with all manner of fictional fabrications. The media has been a bit better about it in more recent history, though now the plague is moreso in lazy journalism and lack of resaearch, though all the information is available on The Church's websource for an educated opinion on the subject. So we had to send representatives from time to time to elucidate on certain crucial points when necessary. The book 'Satanic Panic' is an excellent educational resource on the subject.

12. I would have them view Satanis & Speak of The Devil; books The Satanic Bible, Rituals, Witch, Devil's Notebook, Satan Speaks, Secret Life of A Satanist, Church of Satan {Barton}. But above all, read The Satanic Bible first and foremost.

13. It's a religion about being honest with oneself, and treating others with civility as a social construct.

14. Yes, we do have several available in our Canon viewable in core works The Satanic Bible & Rituals. The three basic types of ritual in Destruction, Lust, Compassion, which serve to attain certain goals, while the ceremonies serve to sustain, further stimulate and empower. From the catharsis of Le Messe Noir, the experimental indications of Die Elektrischen Vorspiele, the primal stimulus of Das Tierdrama, liberation of L'Air Epais, to the literary expressions of The Call to Cthulhu, all serve to sustain and further stimulate to further stimulate for psychological evolution.

15. Our members are expected to self-regulate and discriminate with care according to responsible application. The core basics are guidelines for the most effective modus operandi of Satanic Principles.

16. Again, see The Satanic Panic. But abusing animals and children seem to be the most commonly misconcieved. Most all of this criminal behavior allegations have been debunked.

17. We were founded in 1966 ce in San Francisco, Year One Anno Satanas of The Age of Fire by Magus Anton Szandor LaVey; The Satanic Bible was published in 1969; the founding bodies went from the meetings and lectures conducted as part of The Magic Circle, evolving into The Church of Satan by services and further psychodramatic experiments.

Posts from This Journal “satanism” Tag