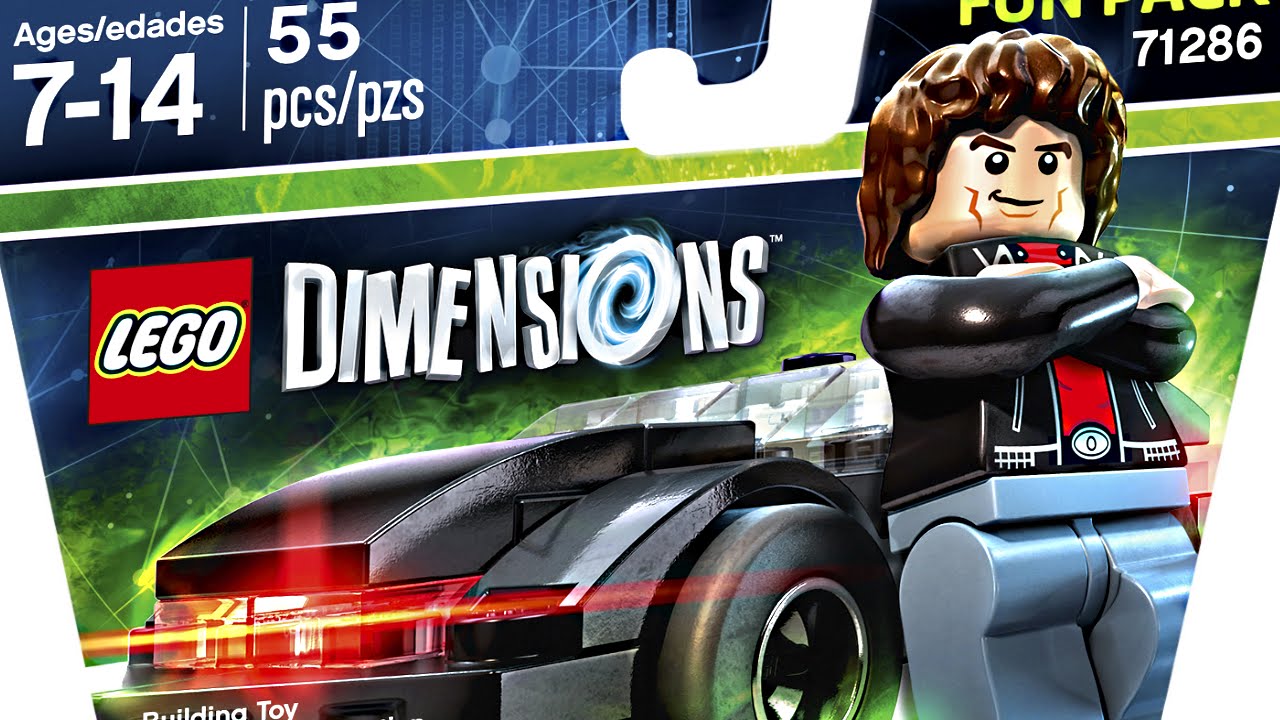 I had just recently another unexpectedly funtastic surprise while at a local depot for My interest. Though I do not normally collect Lego toys, I readily possessed this collector's item recently. Thoug billed as a 3/1, it behooves the collector to obtain at least 3 packages so all 3 may be displayed in the totality of KITT, Goliath, and turbo rocket KITT! What has been mused as Season 5; plus considering Hoff has agreed to participate in an additional version, I think they ahould essentially pick up where left off, moving onto additional capabilities along with the Aquatic Synthesizer and Super Pursuit Mode, with the logical next evolution of flight - Turbo Rocket!

Now the simplest element of the puzzle is Knight himself, which only encompasses 4 pieces - legs, torso, head, coiffe. However, if you wish to create Goliath, at least one of the two facial expressions on the head will have to be painted with Garthe's moustache!

The pieces are arranged in two packets with all the complex parts a small challenge to tackle. Also, both KITT & Mike have stands that can be plugged into a Lego console if you have one, corresponding with an approgram featuring additional interactivities.

What also drew My attention is the aesthetic presentation of the trapezoidal packaging. The pieces are pretty small, so open bags carefully and reserve an additional one for storage until complete.

Overall, this can be an entertaining pastime while awaiting one's order for takeout, or even during the presentation which one has no doubt veritably memorized anyway. An amusing inclusion to one's collection well worth the effort. ∞ Coutured in striped suit we have all grown to love {sort of like a fun-gus!}, all wildeyed and greentoothed; this set also displays the 3/1 dynamic, with legos forming a sandworm, a slime-spewing spidermonster, and a haunted vacuum that Beetlejuice may ride upon.

Like the others, the figure itself is simple enough to assemble, then let the fun-eral begin as the other resident beings begin taking shape before your eyes... then on to lego.com/dimensions once various creatures are assembled, and immerse into town.