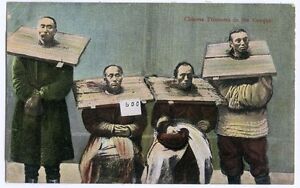 Regarding those sportstards stealing merchandise in China, they must be punished to the full extent of Chinese law where th crime was committed.

As per Legis Draconum, there are three phases of renumeration: 6. Apologise publicly with full confession. 6. Return or replace original item or identical item. 6. Punishment by removal of fingertip, to be kept by the shoppe owner if desired. Servitude from an hour to a week afterwards with mark or sign stating crime for all to see.

Lucky for those dumbfucks that Trump was in Asia, which may have contributed to their return. I certainly hope they are not allowed to play any further for this dishonorable embarassment. These lowlifes think they can take the ghetto wherever they go and get away with it because they are now sportsmonkeys? NO.

So why didn't these jackasses just pay for the fuckin' sunglasses instead of shoplifting them? A cheap thrill? It's not like they don't have the funds to pay, with all this money going in so they can hop around and bounce a ball like so many showpets like it's some sort of important accomplishment! The unmitigated nerve of it! They just bring shame to themselves and the country, and must pay dearly, as well as be banned from entering China again after full sentence is carried out! Why not break their legs as well, to cut them down to size... This type of behaviour is unheard of and should never be repeated. They must serve as an example to any other such morons who would even consider such a petty shameful thing.

Now, because they are from another country {US}, they have to suffer punishment in their counrty of origin as well per the crime comitted; so because they were there under US sponsorship, have to thereby be convicted twice. 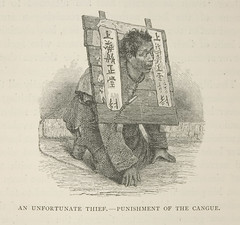 Per Legis Draconum, they should also be tattooed with a symbol of their offense along wih the digitectomy, with name and photograph published in the paper, posted so that they may be recognized by others as the thieves they are, as a warning of their lack of character and quality.

Maybe even bring back the stockade! Where local villagers ans hopkeeps may lob rotten fruit at this bunch! ∞