NEFARIOUS NEWS
Your journey is about to begin...

And so Hellfire arose to consume those who would dare stand against The Devil's Own; their punishment grows closer, the next manifestation shall be a terminally direct hit. 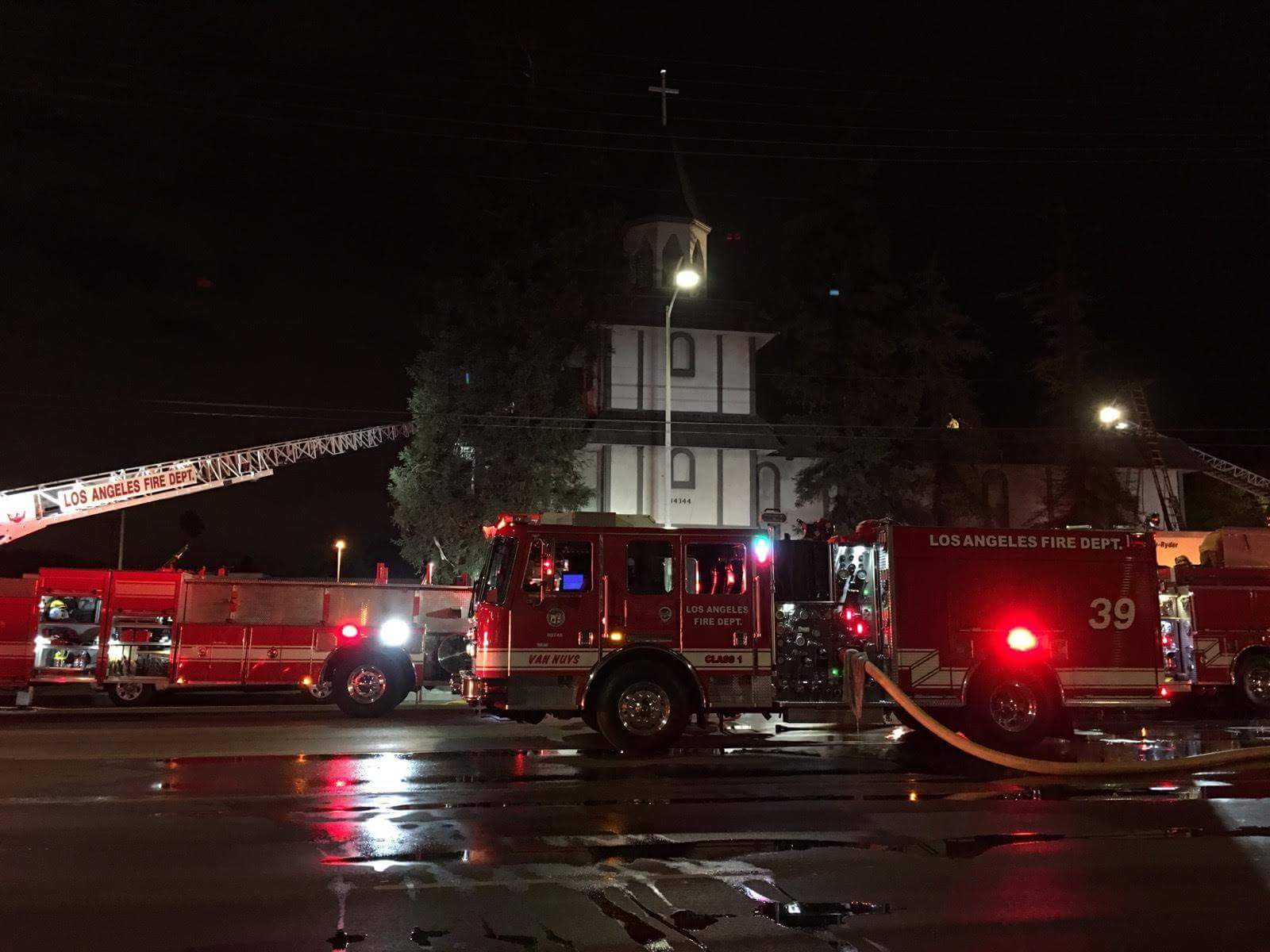 Note Demonic eyes apparition on the roof next to the steeple
The so-called "church on the way" {to destruction} sustained a burned out structure last night upon the fullmoon, a sure manifestation of Daemonic forces in the midst of Halloweek {6 days}, a mere 1 point of connection to serve as a veritable warning unto xtards and ilk of their impending doom.

Ironically, it is now more symbolically akin to their true natures - all hollowed and empty from the inside out.

Sherman freeway was closed for several blocks in both directions as sirens screamed into the night, an extremely gratifying result. Satan be praised!

Churchway {akin to a consumer product} is an unremarkable generic building praeying upon the gullibull herd sheeple for decades of the foursquare blindlight contamination.

I actually attended one "service" wherein I witnessed first hand the babbling, stupified expressions, the weepy waving in the air, braying and laying of hands in a miserable clusterfuck of weakness. What a bunch of foursquares!

This was fortunately an investigative phase which provided for an educated opinion and confirmation of suspicions on the subject. Thus thereafter practicing avoidance and selective commiseration, evolving beyond such primitive simpleton antics and expressions of mental illness, ergo, christinsanity, through to one's Satanic realization / epiphany and beyond. GOOD RIDDANCE. Hail Victory! HAIL SATAN. ∞