Well Hell, didn't expect this from her at all, thinking she was above all this popsychology bullshit, the culture of crybabies, whiners, posers, victimentality wimps, but perhaps she's just using this current trend to attract attention to her artistic endeavors, maybe desiring some sympathy, money, desperately putting her name out there in the media, but at Ramirez's expense.

This used to be called a passionate and wildly romantic relationship , and exciting though extreme interrelation common to artistic types, in a pseudo-sadomasochistic dynamic typical in that demographic as well; and otherwise those of an eccentric or outre' personality, living life in wide strokes, as it were - but now it is seemingly considered "abuse", or some such thin-skinned weakness. If there really is an issue, then that is a different matter, but exagerrating every kernel to a paranoid extreme is unacceptable. Fuck that homogenized, bland bullshit.

So despite the whining, the statute of limitations has run out, so whatever. They had their fun together, so to be picking all that up now is mere pathetic opportunism. And considering the pussy she married, she probably longs for former sexperiences, and considering her submissive proclivities, may just want to be secretly reraped. She is pretty damned hot, so I'd also give it to her hard... just the way she likes it!

{No response from White yet, but Manson has stated that he considers her a friend still, despite these recent allegations blaming his best friend he was unaware of. Now, is it just Me or is Manson starting to look more and more like The Joker?}. ∞
Pushing up Daisies

Don't know much about this musician apart from being a member of Marilyn Manson during the emergent Spooky Kids period, before Ramirez came along to replace him due to drug abuse which was aparrently becoming an obsticle to the development of the band, so he was ousted to continue the evolution Manson envisioned. Seems like the correct decision there. A stepping stone, spent ammo perhaps, seems like involvement with the creative nucleus was the highpoint. In any case, whatever.

Manson thought up a great positive/negative dualistic name for him though. Named after sexy farmer's daughter icon Daisy Duke & serial killer David 'Son of Sam' Berkowitz, which was far more interesting than "Scott Putesky". Sort of a mediocre musician, but fulfilled his purpose at the time. ∞ 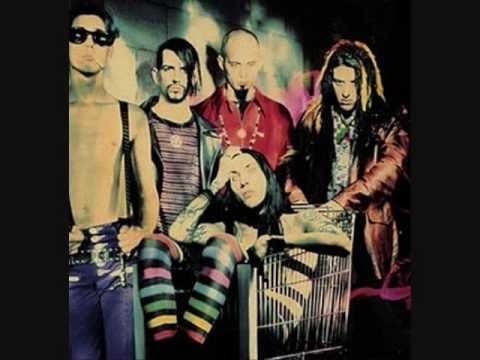