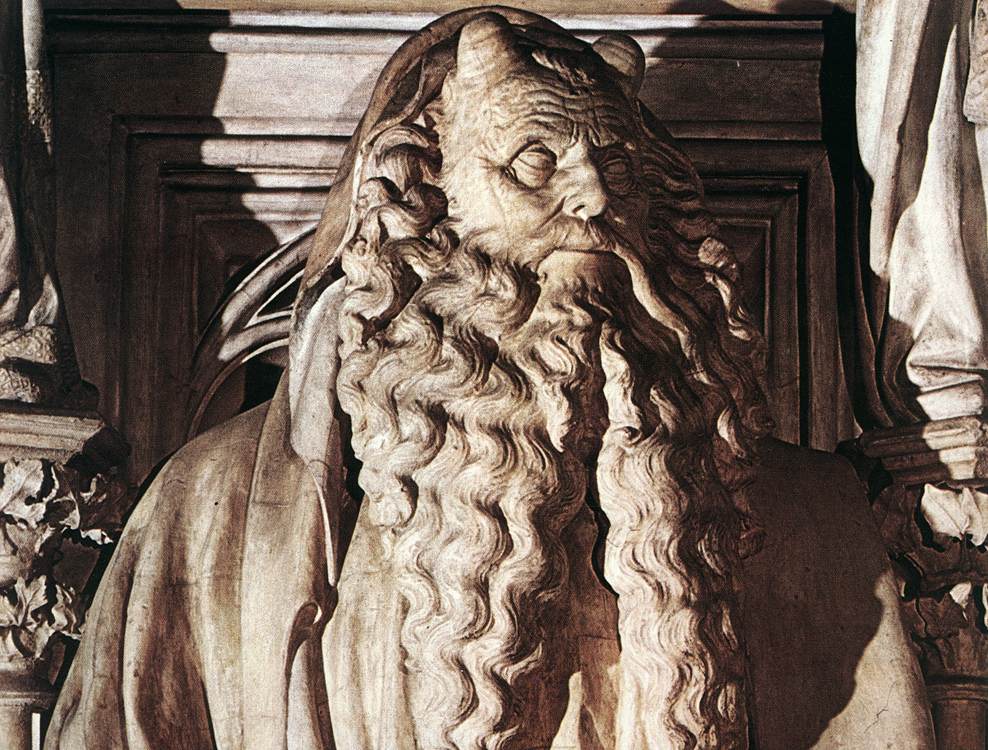 From time to time in several depictions through to the Renaissance, the old Jewish urban legend known as "Moses" is depicted having horns from the statue by Michelangelo, to the painting by Rembrandt, with several versions in-between. Various meanings have been posited, even one by Freud, but I have a couple more to add:

It is often the case that characters of heroic stature, or archetypal characterization are depicted increasingly diabolical upon higher evolution. Whereupon it has been semantically opinionated that these are not "horns", but "rays", or a reference to so-called "shining" {celestial reflection of The God; Hindi 'deva' derivation}. In which case, perhaps this may be referring to trepanation. A literal or figurative double-trepanation in this case, to stimulate and/or facilitate expressions of both halves of the cerebrum, the analytical {intellectual composition}, and the imaginative {psychodramatic projection} complementing one another in tandem.

Upon observing some or these depictions, it can also be divulged that these illustrations resemble but the Pagan Green Man, which is understandable, considering most, if not all J/C mythology was lifted from more ancient, and superior legends. ∞

Posts from This Journal “mythology” Tag