Pie of The Beast 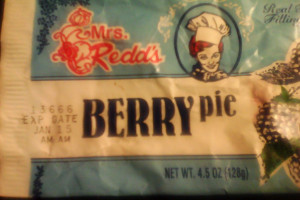 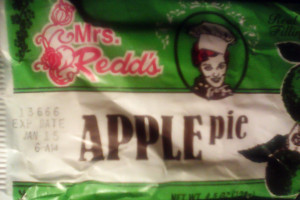 Trick or Treat for Friday the 13th!

In a fortuitous bout of happenstance did I notice these much enjoyed confections demonstrating The Number of The Beast after they were possessed ON Friday the 13th, no less! Which was nine days ago previous to this missive.

McDonald’s used to carry such desserts very similar to these, served warm with lava-like entrails until changing the preferable previous formula to the current smaller and drier version*, but one can still fortunately acquire these at the local market courtesy of "Mrs. Redd".

Mrs. Redd’s appearance is obviously based on Lucille Ball, but could very well be a “Mrs. Satan” for that nomenclature, and with an appropriate Double D at that! It has also been postulated that this could quite possibly be Wendy’s mother as well. After all, Redheads sure are tasty.

Proceeding in the Sinister Current & continuously unfolding Diabolical Machinations, consider this yet another infernal confirmation that all is well in Hell and The Devil’s work is left on track. ∞ 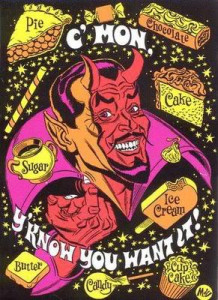 _____________
* Seems that their other food products have also suffered a decrease in quality and size, like Big Macs & Quarter-Pounders, which have become considerably smaller, and favorable items removed like the McRib for instance, which was a hearty option. Not to mention the establishment itself was constructed like a veritable wonderland total environment, all headed by the charming Cannibal Clown.
P.S.: Among other confections, also possessed that day were Batman & Superman cereals, Star Wars {Darth Vader} Spaghettios, & devilicious Deviled Ham.
Tags: 666, black earth, dining, food, friday 13th, friday the 13th, hell's bar & grill, hell's kitchen, loki's laughter, mathemagics, noctuary, number of the beast, numerology, snackrifice
Subscribe