In a Lokian sense, Friday the 13th would foreseeably also be an appropriate day to enact Mind Traps, although these can be applied whenever needed. A technique of manipulative psychology. That is to say, subtly placing objects in the environment slightly askew, where they should not normally be, and otherwise backwards, upside down, oddly posed and/or completely replaced and relocated. All aimed at those who would deserve it, like obnoxious relatives, annoying neighbors, cumbersome co-workers, false friends, etc. Think of it in the sense of how a purported “poltergeist” would arrange things. Of course, keep The Black Diamond Rule in mind as to whom this technique is applied.

Examples: From the frightening to the hellarious:

From the comical to the strangely occultic, from a pentagram to Stonehenge, to the contents of those objects being thematically relevant. Whatever is composed, according to the imagination. 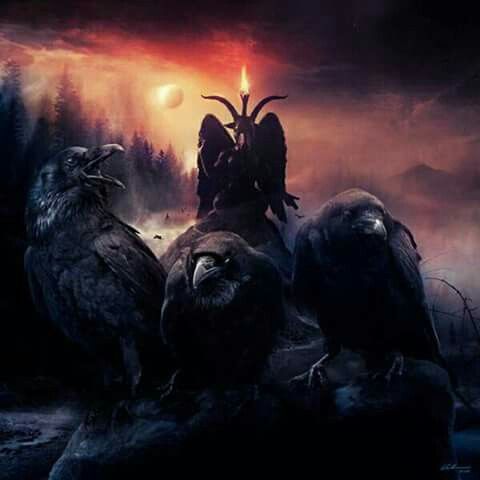 Personally, experiencing a raven or crow cawing, meeting with a black cat along the path, opening an umbrella indoors, etc., would be a spot of good fortune, especially on a Friday the 13th. Of course, a broken mirror would not be so much so only because it is impractical, as would unnecessarily walking under a ladder. However, if these accidentally occur while out and about, consider it good fortune.

Interesting to note that upon that day happenstance tends to occur wherein I have actually met the gaze of these children of Lucifer & Belial from time to time throughout the day & night long. ∞

Posts from This Journal “friday the 13th” Tag