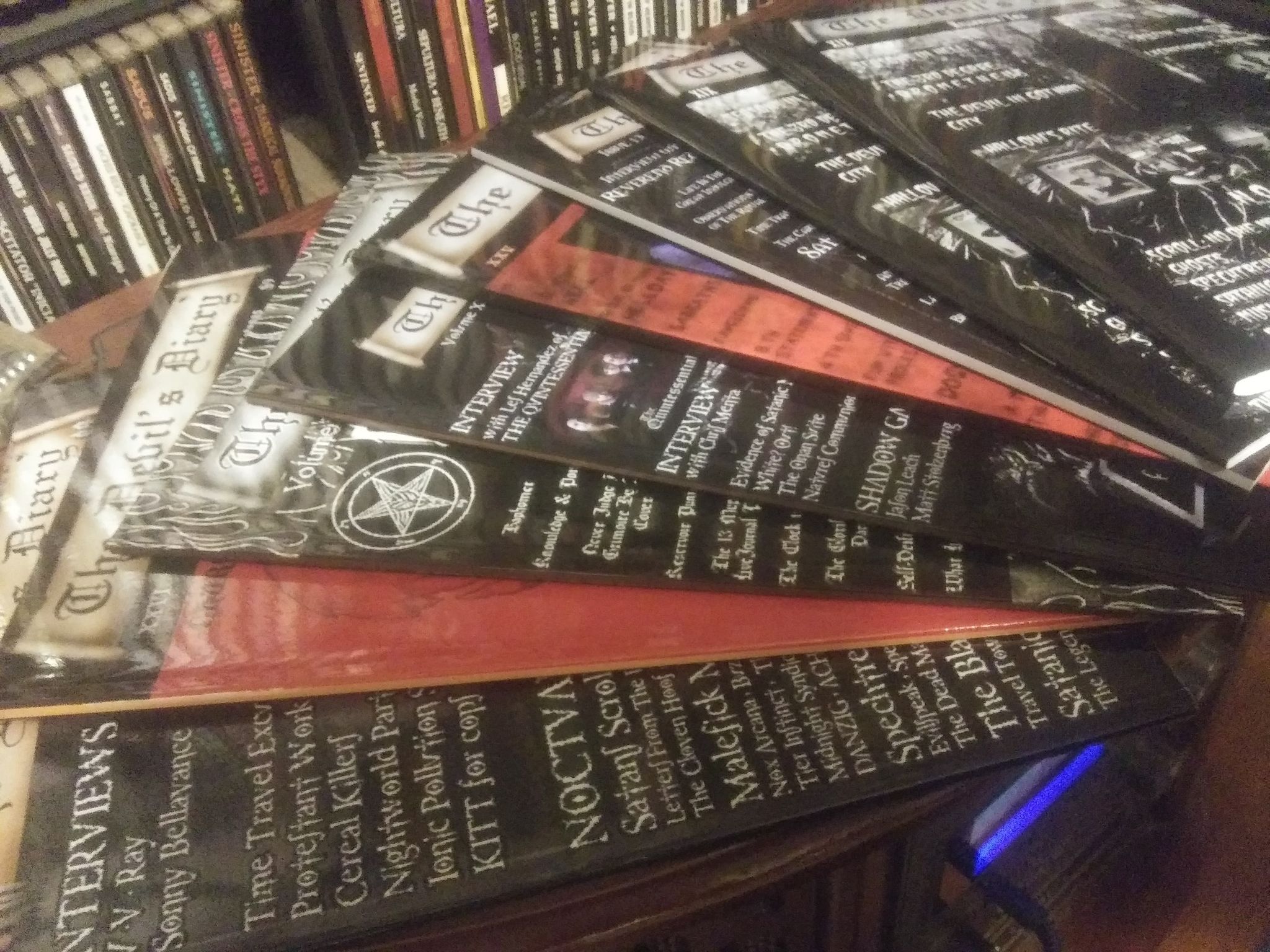 * Please send to the Editor-In-Chief for consideration.
* Devil's Due Date: June, 6/9.

78 standard-sized card deck with a plethora of marvelous art on one side, and a Haunted Mansion-esque wallpaper design on the other. Renaming the Wands, Cups, Swords & Pentacles suits to Candles, Presents, Needles & Potions, now one can read this oracle with an enhanced appreciation for this favorite timeless Halloween / Winter Solstice themed presentation. The artistry itself is worth the possession, wherein it can be foreseeably placed within a photo book for perusal, if so inclined.

Taking a contemplative look about Halloweentowne, all of the characters are 'present' herein... from Jack & Sally, the vampires to the witches, werewolf to trick-or-treaters Lock, Shock, & Barrel, and everyone in-between. The Devil card is represented as Oogie Boogie, Death as cemetery gates, The Wheel of Fortune as the roulette wheel, and The Tower as Jack's Lair to name a few.

As per ordering option, the instruction manual can be ordered printed or accessed as a .pdf file online. Booklet option Dracommended.

For those who adore the film, and the art of Tim Burton, this deck is a treasure trove of trick or treat delights. ∞

There is a rare, unfortunately out-of-print SATAN'S TAROT deck in existence, but it is interesting that a tarot deck has not yet been created comprising The Infernal Names, with the Major Arcana suits of SATAN {Fire}, LUCIFER {Air}, BELIAL {Earth}, LEVIATHAN {Water}, which can then be cast in The Pentarot method.

Max has a wild hair, & escapes the boredom of common existence. Even though he has an 'older' sister, he seems like an only child, her concerns are superficial and only ends up taunting his imaginative eccentricities if anything, along with her common friends, not comprehending or resonant.

Fully encapsulates the 7th Statement. Thus Max goes about exercising his imagination to the furthest extent. Whereupon after expending mass amounts of energy playing, in his wolf suit no less, inclusive of, in a veritable lycanthropic state, bites his mother, runs outside and falls asleep in a boat, and into a deep slumber whereupon then goes upon a grande dream adventure!

Awakening on an island where he meets several demonsters Carol, Ira, Judith, Alexander, Douglas, Bull, and KW {classic demonic variants}, who originally debated eating him, but become friends after declaring him their king on account of his proclaimed powers and promises of thriving under his rulership.

Rumpus & The Pile! He declares Rumpus! Everyone goes wilding about, swinging from trees, running through hedges, and eventually tossing dirtclods! All of which eventually ends in a pile, where exhausted, everyone sleeps. Eventually Carol shows Max his secret island diorama displaying everyone thereon, now including him!

Per his plans, a domelike castle structure is being constructed. However, by suggestions made by "KW", a rather troublesome creature, brings in 2 'outsider' owls and recommends he construct a private room just for him, both of which frustrates Carol, who already has anger & anxiety issues, whereupon he goes raging through the forest, as it begins to dawn on him that Max is not all that he claimed, is not fulfilling his kingly duties, and intends to eat him, but is saved by KW when she hides him in her belly.

Finally, upon Max's departure, Carol forgives him and sees him off at the last moment, mutually uttering a recognizable primal howl. He finally returns home to the relief and wonderment of his mom, and eats his fill.

Overall, a fun film with smooth kinematics, vast natural environments, inspiring a sense of play which should never be lost. I suspect he will return frequently to play with his newfound friends. Awooooooooo! ∞ 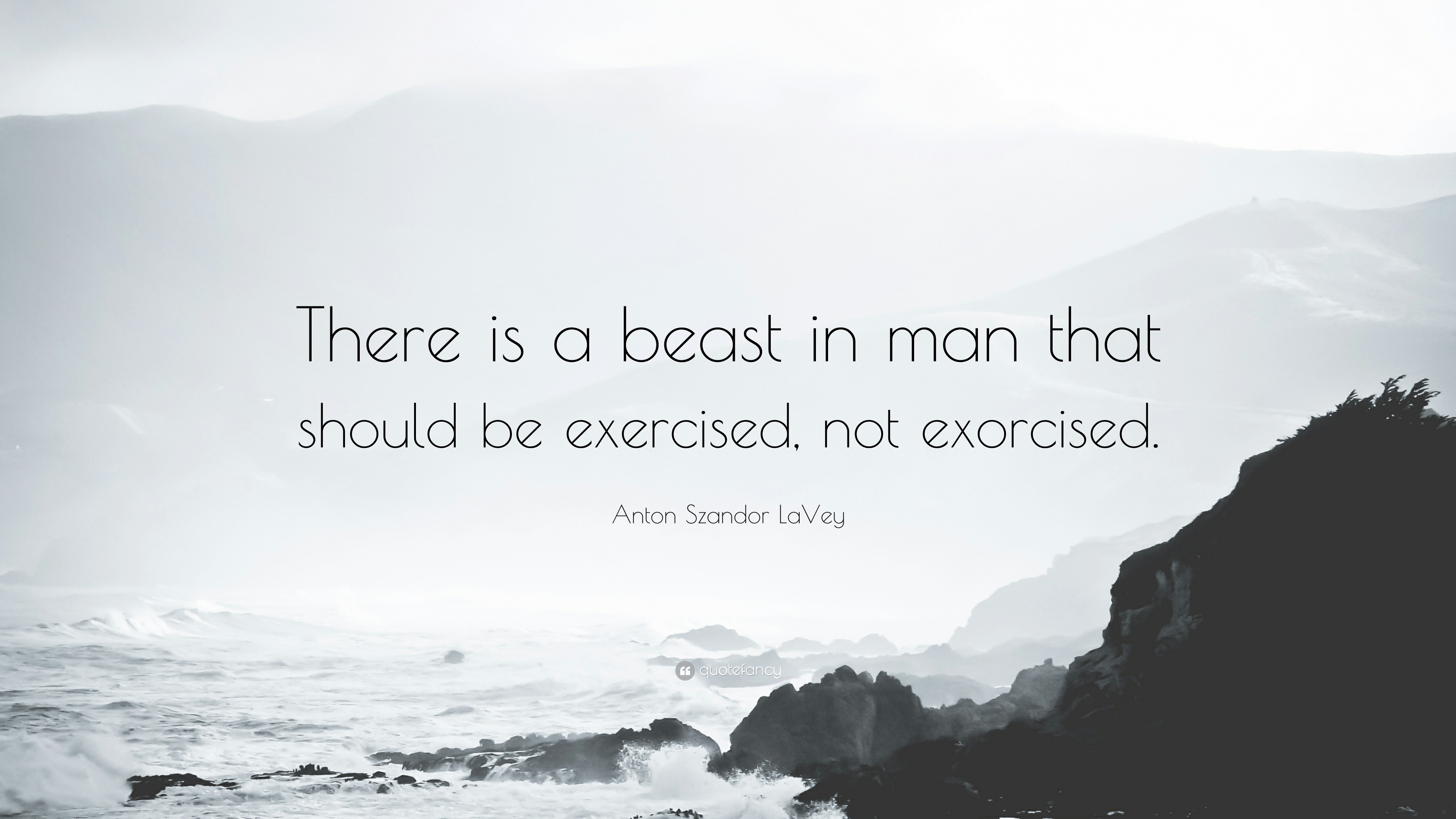 DOCumentary on Satanic Witch Jayne Mansfield's rise to stardom, on the hell heels of Mae West, with a primary focus on her involvement with LaVey & The Church of Satan. The proof is all there in photographic and documented evidence. Her impact on & the utilization of the feminine mystique which ran counterculture to homogenized enmasculated hippie variants - 2 sides of the same coin.*

Also includes many rare photographs of her posing with The Black Pope in her ritual chamber at her total environment Pink Palace, and the sacrifice Sam Brody who met his justified doom, plus elucidating clips from Satanis, which speak for themselves and balances our philosophical perspective.

Of major contention, it is reiterated that The Curse was placed upon the disrespectful, abusive Brody, a lout, boor, and boozehound, who was blackmailing Jayne to stay with him, censoring her comments, while she was repeatedly warned to stay away from him on ground zero. Even the event of the newsclipping is related.**

Chapter segments segue into artistic license dance pieces with dancers dressed in period 'costumes', with music & vocals of a rather dissonant nature; at one point including a devilish dancer with horn sculpted hair.

Of special note, a wonderful satanimation short illustrating LaVey's compassion ritual of Jayne's son Zoltan who was mauled at Jungleland Park in Thousand Oaks CA, performed atop a mountain under the moon, of which he fully recovered.

Satanic soulmates? LaVey & Mansfield complement eachother well. She, the sexy glamor girl, He, the Devil as a gentleman. Her persona unsuspectedly graced with a talent for the violin, learned in five languages: English, French, Spanish, German, and Italian, with an IQ of 163.

Overall, more often than not, the urban legends turn out to be true in this case, with some added minor [incorrect] details according to the personal notions of erstwhile antagonists. [4/5] ∞

_____________
* as in the futile "let me combat your discrimination with my own", instead of individualism & consideration based on merit. Same goes for racism, religion, said gender, etc., which are all crutches of the weak.
** LaVey was clipping a news article on The Church for preservation in a scrapbook, while on the other side was a picture of Jayne he inadvertently cut through, across her neck! 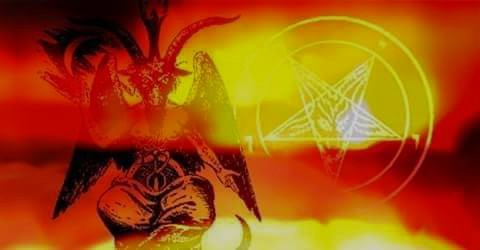 Dreamons awake in Witches' dreams to dance in founts of Lust
Flown on staves at mountains peak, descending 'round the pillar tines
By horns & thorns Abyss arise, Impaled on passion's bliss!

Welcome Forces of Darkness, make yourselves at home
I in thee & thee in I, we are one in the same... forever! ∞

BLACK BOOK OF SHADOWS: Soon before performance of the Walpurgisnacht Grande Sabbath Rite, there was heard a strange noise outside. Upon inspection, I witnessed the locked gate was OPEN. This after it was made sure it was secure upon a return from the restaurant. When I went out to shut it, there was no one in sight. The motion detector light would have activated. The winds were not strong enough to initiate it opening, so upon utilizing the process of elimination, it can be determined that this event may have been a paranormal cause. Given the night of occurrence {Walpurgisnacht}, it is therefore determined that this is SATAN paying a visit! Likened several times before, a confirmation of manifestation.

Shortly after that, a whirlwind whipped about The Noctuary from a still night, shaking the windows and trembling the walls. A demonic zephyr to confirm the previous event! After which it was still again. Thank you, and Hail SATAN! 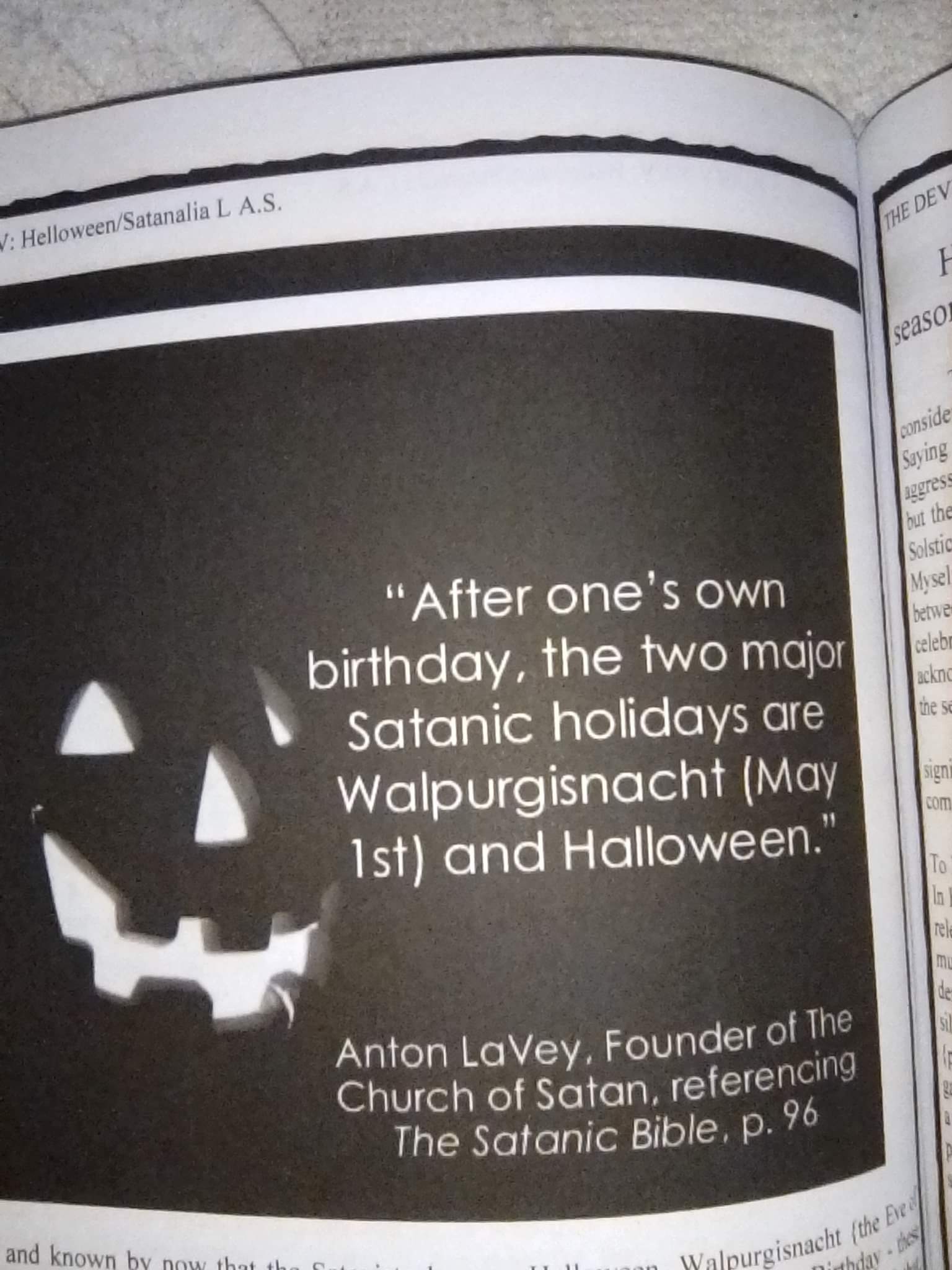 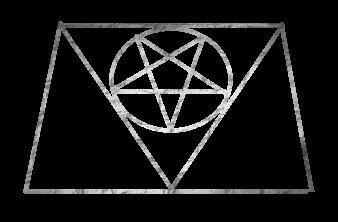 So far, the closest analysis to describe a purported "Satanic", or "evil gene" personality type is referred to as "The Dark Triad" in the psychological field thusfar. A veritable Unholy Trinity. It certainly seems to describe most tell-tale signs. These trinary personality significators represent the following characteristics "devil marked" by 666.

By the helix of Nature, further Occultivated by nurturing the darkness within.

6. Narcissism: Grandiosity [✔], pride [✔], egotism [✔], lack of empathy. The former sensibly for antagonists or strangers. One must never extend empathy to enemies or unknowns. On the other hand, full consideration and protection for allies & worthy family. A healthy Ego is championed in Satanism as a prideful perspective of Self.

6. Machiavellianism: Manipulation & exploitation of others [✔] {in the sense of entertainment, and the dynamics of herd interaction, such as with Lesser Magic applications, psychological manipulation to gain selfish desires}, absence of "morality" [✔] {Ethics preferred. So-called "morality" is religiously-based attached to an agenda. Ironically, "morality" is Machiavellian in the sense that it is used by blindlight religionists for the manipulation of simpleton sheeple through propaganda}, unemotional callousness {only towards those to whom one is unconcerned, or hated}, high level of self-interest {naturally & sensibly. One must be kind to oneself 1st, then to those deserving through merit}.

6. Psychopathy/Sociopathy: Continuous antisocial behavior {not gratuitously, but only when necessary to rid oneself of harmful elements, as in certain people & rebellion to ensure autonomy & liberation. Therefore in this sense, it would be more appropriate to say 'sociopathic' in the practice of misanthropy, to preserve oneself against negative traits while retaining undefiled perspective; whereas "psychopathy" ['cold-blooded'] may be employed to gain revenge & justice}, impulsivity {strike while he iron's hot!, while maintaining appropriate cause & effect direction, and otherwise on a more primal level, unapologetically obtaining resources for oneself and loved ones}, selfishness {natural self-interest to ensure survival and pleasure}, callous and unemotional traits {towards enemies or unknowns}, remorselessness {upon achieving vengeance & justice, and the protection of self and loved ones}.

Also keep in mind that these analyses were intended to comprehend some hithertofor (the masses) considerations. The 99%, rather than the elite 1%.

Perhaps because of the split psycho/sociopathological elements, it may be significant of a trapezoid after all.

Furthermore, these traits are filtered & balanced by the guidelines of The Satanic Statements, Rules, & Sins {LaVey}, additionally including My own Dictums & Sins. {Dracomeroth} ∞